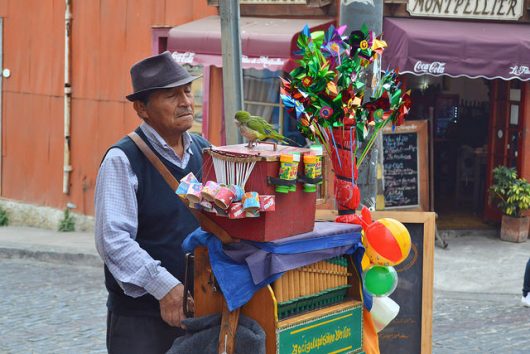 Chile is a coastal country in South America housing 17.65 million people, with an estimated 2.5 million living under the poverty line.

Those living below the poverty live and inevitably those experiencing hunger in Chile, have been the recipients of governmental and international aid. In 2014, Chile was recognized by the Food and Agriculture Organization of the United Nations (FAO), as having reached the first Millenium Development Goal to reduce the number of those facing hunger in Chile by half since 1990.

Statistics show undernourishment was reduced from 4.3 percent between 1990 and 2015. Currently, 2.5 percent of the population is undernourished.

These reductions are a result of the government-sponsored “Fondo Chile Contra el Hambre y la Pobreza,” or the Chile Fund against Hunger and Poverty. This organization, as well as the UNDP, has funded programs targeting the South-South Cooperation (SSC) and consequently Millennium Development Goals.

The SSC is defined as a developmental program among southern countries to promote, “multi-stakeholder approach, including non-governmental organizations, the private sector, civil society, academia and other actors…”

Through communication and integration, the SSC enables countries to enhance economic, social and scientific potentials.

As the Fund’s handbook stated, this organization encourages Chilean economic prosperity through, “multilateral perspective; which was acknowledged as one of the Millennium Goals, specifically reflected in Goal eight: developing a global partnership for development.”

Central to Chile, however, the issue of hunger has escalated to a triple issue involving undernutrition, obesity and income. Mark Hyman explains this phenomenon, “These foods [processed foods] crowd out more nutrient-dense foods because they are inexpensive and convenient.”

The price difference forces low-income, rural citizens to buy unhealthy foods. When only able to buy and consume unhealthy food, more people will sink into the undernourished population.

To combat this issue, FAO has implemented priority themes, all of which are part of the DRE, decent rural employment promotion. It focuses on “employment-centered responsible agro-investments, gender and age-disaggregated analysis, decent work conditions in agriculture,” and advocacy for natural disasters.

These priorities centralize on the Chilean Fund’s initiatives such as “Malnutrition, Food Security Fostering Employment and Decent Employment, Design of Social Programs…”

These organizations and their programs promote the job market for many men and women who in turn, will receive higher incomes and be able to provide themselves with healthier food.

The already visible success is a positive trend for those living in hunger in Chile. Such achievements will help reduce the number of those living below the poverty line and those who are undernourished.