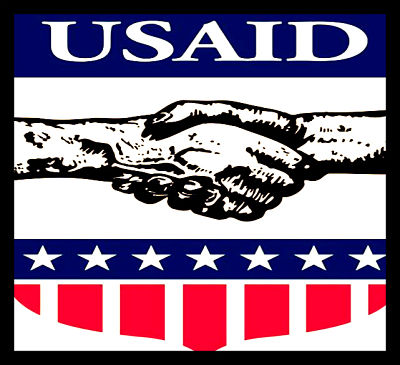 In the 2000s, President Bush more than tripled aid to Africa by establishing programs such as the Child Survival and Health Programs Fund as well as the Global HIV/AIDS Initiative.

Though foreign aid programs are designed to assist recipient nations with development, they also benefit the United States in a number of ways.

But for all the benefits, foreign aid to Africa has no shortage of detractors. Many critics point out that much of the money allocated to Africa never reaches the people who most need the assistance. “Eighty percent of U.S. aid to Africa is spent right here in America — on American contractors, American suppliers, and so forth,” said George Ayittey, president of the Free Africa Foundation.

In more corrupt nations, politicians and civic leaders are often charged with misappropriating funds designated for the people. Others critics claim that foreign aid to Africa simply does not work—after 50 years of assistance, Africa still confronts the same issues.

But even critics would have to agree on one crucial point: foreign aid is an integral part of U.S. foreign policy. In Africa, aid programs support a large framework of social and economic assistance for developing nations.

Critics are correct that American companies and corrupt politicians siphon a large portion of foreign aid. But aid to Africa has also done much to improve infrastructure, bolster economic development and improve health care conditions for millions of people on the continent.