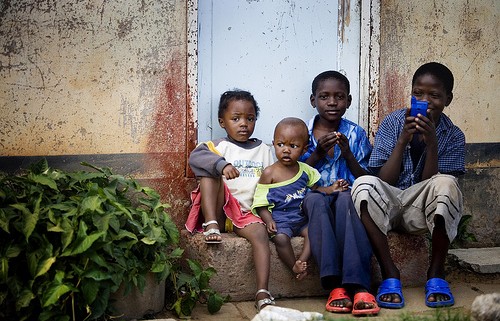 With improvements in HIV/AIDS prevention and economic growth, the benefits Zimbabwe reaps from foreign aid are more apparent than what the United States gets out of the deal. Oftentimes the successes in aid-receiving countries get the focus, but the U.S. benefits from foreign aid to Zimbabwe in different, less measurable ways.

For the fiscal year of 2018, the United States is targeted to provide almost $150 million in funds to Zimbabwe. Why provide so much money to a country navigating a rather turbulent period of governance and recovering from years of economic decline?

As the world enters an age of increased international interaction and communication, the U.S. benefits from foreign aid to Zimbabwe and many other countries by cultivating relationships with other international players.

From a national security standpoint, politically and economically stable countries are less likely to go to war or engage in any type of international conflict. Military leaders have seen firsthand how addressing poverty and disease in countries benefits the United States.

Zimbabwe is currently in an uncertain political period. In November 2017, Robert Mugabe resigned as Zimbabwe’s president after 37 years in office. After a week of military occupation, Emmerson Mnangagwa came to power and is serving as president until elections in August 2018.

The United States hopes to allocate its 2018 funds to programs that advocate government transparency, enhance political participation and create an active civil society. These sorts of programs have the potential to create a sense of political stability that contributes to the security of both citizens from Zimbabwe and the United States.

One of the critiques of foreign aid is that the U.S. sends money that is chewed up by corrupt governments. This is not the case. In Zimbabwe, the United States works directly with a variety of NGOs and community leaders.

The U.S. benefits from foreign aid to Zimbabwe in many different ways encompassed by a variety of sectors. The economy, international relations, and national security are all improved by providing foreign assistance.

Spotlight: US Republican Sen. Johnny Isakson Power of Technology: The Waves of Renewable Energy in Ghana
Scroll to top