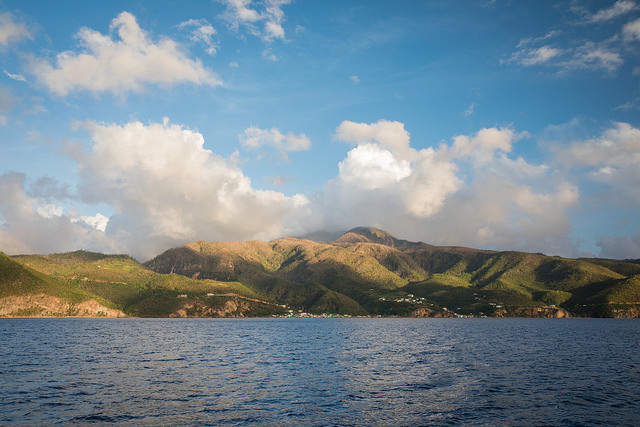 Natural disasters occur globally, and many countries overcome these disasters with the help of foreign aid. Hurricane Maria, a Category 5 storm, hit Dominica on September 18, 2017. USAID has sent assistance to Dominica, which becomes beneficial to the U.S. by building good relations and maintaining a positive reputation by working with other countries in providing foreign assistance to Dominica.

The U.S. Benefits from Foreign Aid to Dominica by Fostering Good Relations

All countries, especially impoverished ones, need help to recover from a natural disaster of Hurricane Maria’s magnitude. The U.S. benefits from foreign aid to Dominica by stepping in and using its power to help, which strengthens relations between the countries. After Hurricane Maria, Samaritan’s Purse, the Pan American Health Organization and the International Federation of the Red Cross, all under USAID, were able to contribute $3.25 million in foreign aid to Dominica.

The U.S. Department of Defense’s Southern Command worked with USAID’s Caribbean Hurricanes Disaster Assistance Response Team (DART) to help repair roofs in Dominica that were damaged by the hurricane. USAID provided plastic sheeting and DART taught a group of local builders how to use the tools provided to fix the damaged roofs properly. Through donations and direct assistance to individuals, the U.S. is building good relations with other countries.

The U.S. has worked with other countries to provide water, food and tools to rebuild Dominica immediately after Hurricane Maria hit the island. The U.N. World Food Programme (WFP) contributed about 10 metric tons of food, which fed around 25,000 people in Dominica over three months. By assisting with the WFP’s food distribution, the U.S. benefits from foreign aid to Dominica by using its resources to help impoverished countries, which grows a positive international reputation.

Collaborations with other countries to help provide foreign aid to developing countries do make a difference and help the U.S. maintain a positive reputation. According to Diálogo Digital Military Magazine, the prime minister of Dominica, Roosevelt Skerrit, commented positively on the progress the U.S. and other countries have made. He stated, “We have many allies. Thanks for helping my people, without you, our partner nations, it would not have been possible to get past the first phase of this emergency.”

Countries dealing with poverty and disasters benefit from other countries stepping in to help via foreign aid, and that help allows the affected country to get back on its feet. The U.S. benefits from foreign aid to Dominica through maintaining its positive reputation by doing good for poor countries.

While natural disasters can do great damage to countries dealing with poverty, those countries can also recover promptly with the foreign aid provided by other countries. The U.S. benefits from foreign aid to Dominica by connecting with its people to encourage good relations, as well as ensuring a positive reputation by reaching out to less developed countries in times of need. The U.S. can retain in its positive relationship with the government of Dominica by continuing to support the country, especially when natural disasters hit.