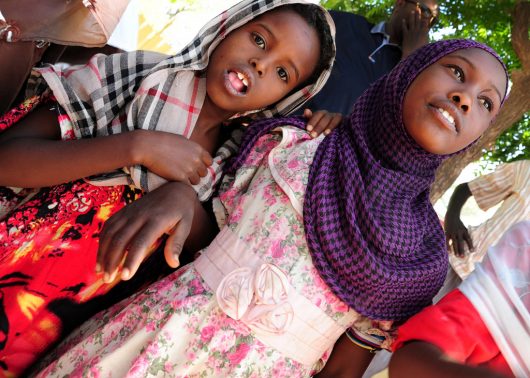 Libyan women are progressing in society because of a stronger commitment to tearing down barriers to gender equality. New policies such as the Libyan General National Congress’ funding of a study abroad program for the country’s top young scholars have opened doors for improving girls’ education in Libya.

The program has sent educators and students alike to receive training at elite international schools to spur development upon return. The government pays for the student’s expenses and awards them a monthly stipend of 1,600 euros a month. Initially, the fund gave scholarships to students who fought in militias during the civil war but was later expanded to allow women and handicapped students to receive scholarships as well.

This legislation built on an already strong commitment to education made by previous Libyan governments. Former president Muammar Gaddafi made it mandatory and free for all students to attain a primary education. Mandating a public school education transformed Libya from a largely illiterate country before its independence to having 80 percent of its population receiving a primary education.

Coeducational schools were built across east Libya to accommodate the influx of students. West Libya still has male and female students attend separate schools, but the curriculum is regulated by the government as an incentive for students to choose fields that benefit the nation’s current need. A standardized curriculum helps level the playing field for all students.

The results of these policies have been largely successful for girls’ education in Libya, but the country still has a long road to true equality in education. The Libya Status of Women survey found that 52 percent of Libyan women reached secondary education or higher, compared to 53 percent of Libyan men. Both men and women are achieving similar levels of higher education which will help combat gender economic inequality. Additionally, 77 percent of female students under the age of 25 reported having plans to complete  secondary education or higher compared to 67 percent of men.

More Work to be Done

Women are striving for positions in extremely skilled and specialized positions which increases their economic desirability. These numbers are especially impressive given Libya’s recent civil war that devastated the region. Following the revolution against the Gaddafi regime, 15 schools were completely destroyed resulting in tens of thousands of students not finishing their school years. The education system has demonstrated great resilience in this chaos which has greatly benefited girls’ education in Libya.

Despite these promising statistics, Libya still has to address several areas of gender inequality in its education systems to promote girls’ education across the country. The same Libya Status of Women survey also discovered that 14 percent of Libyan girls failed to finish their first six years of basic education, compared to only three percent of boys. Unfortunately, cultural stereotypes of females still put them at a systemic disadvantage. This is especially the case in rural Libya. The schools are coeducational, but boys are required to sit at the front of the class and girls in the back. West Libya faces a similar problem. The boys’ schools are given priority in government resources because it is believed they will become more skilled workers.

Opening the study abroad program to women demonstrates the current administration’s commitment to gender equality in education which will hopefully combat the disparity observed in the primary education completion rate. These efforts need to extend to rural communities in Libya to maximize effectiveness.

The future looks very optimistic for Libyan women as activists continue to pressure the government to install change. Since 1955, notable women’s rights movements have helped level the playing field for women in education and continue to be an effective driver of change. Libyan women are continually becoming more educated and some of the most skilled workers in society.

How the US Benefits from Foreign Aid to DominicaBeyond Conflict: Merger with Traditional Tibetan Medicine
Scroll to top