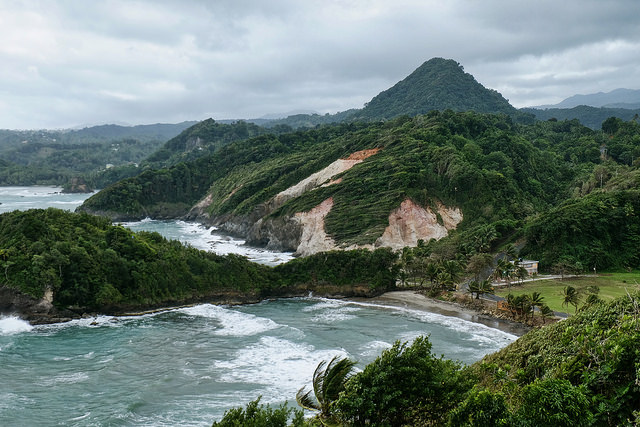 It is particularly important for people to have credit access in Dominica. Borrowed money is the main reason why Dominica has been able to rebound following Hurricane Maria individually and on a national level.

Two Category 5 hurricanes devastated Dominica in September and October of last year and caused heavy damage to the country’s infrastructure and the livelihoods of its citizens. Half a year later, the situation in Dominica has improved. A majority of water systems have been repaired, most schools have reopened and diverse foodstuffs have reappeared on market shelves.

There is still a need for reconstruction. Forty-four percent of the buildings on the island were destroyed, and another 55.5 percent had some degree of roof damage. As of early February, electricity was unavailable in 80 percent of Dominica. Credit access in Dominica functions as an important crutch to help people rebound during this time of reconstruction. A large portion of the population had their livelihoods threatened, especially those in agriculture and tourism.

Dominica’s national bank requires that individuals be employed for a continuous one-year period with their current employer in order to qualify for a personal loan. For people who depended on tourism and agriculture to survive, meeting this requirement is a high bar. The hurricane ripped plant life out of the ground, damaging crops. The tourism industry experienced hard times as well, with all tourism halted for months.

Corporations have recognized the high level of need for credit access in Dominica and have done their part to allow borrowed goods and services. Flow, a subsidiary of Cable & Wireless Communications, began operations to restore mobile services to Dominica in good faith, even extending free credit to help mobile customers communicate with friends and family.

Ensuring credit access in Dominica is beneficial to the companies that provide it. Dominica’s economy as a whole was on the rise in early 2017, with a decrease in government debt and an increase in tourism. Negative growth in Dominica was estimated at 6.4 percent due to Maria, but the island’s economy is expected to rebound, with an estimated 6.9 percent growth in 2018 as it rebuilds.

Credit access in Dominica comes in the form of both individual and national needs. Over 400 higher-ups from governments, civil society organizations and the private sector mobilized to support reconstruction efforts following Maria. Support for Dominica totaled over $1.3 billion in pledges and over $1 billion in loans and debt relief.

Despite the setback from the hurricanes, Dominica’s economy is still expected to trend upward, which bodes well for those supplying lines of credit. The Eastern Caribbean Currency Union (ECCU) is one such company supplying financial aid to the people of Dominica.

The ECCU recorded slow growth in the country’s economy, and Dominica’s Prime Minister Roosevelt Skerrit noted that the potential capital of banks in the ECCU has improved since non-performing loans are trending upward as a consequence of recent hurricanes.

Dominica has a long history of bouncing back from natural disasters. Credit access in Dominica ensures that the nation becomes stronger and more resilient, as well as offering an immense opportunity for those providing capital.