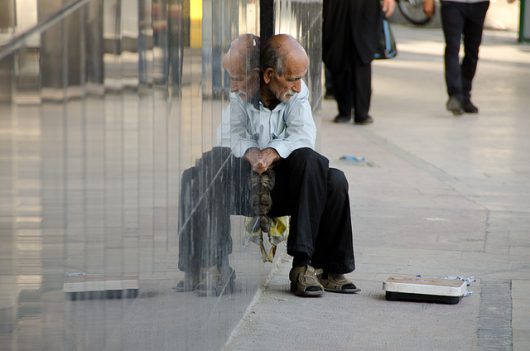 With a population of more than 79 million people, Iran is a large country in Western Asia, bordered by Turkmenistan, Iraq, Afghanistan, Pakistan and Armenia. Sadly, of the millions of citizens in this country, 18.7 percent live below the poverty line. There are many causes of poverty in Iran, but two major causes have caused a crisis in the country during the last several years.

Unemployment
Iran’s economy began to struggle in 2014 when a subsidy program adjusted the prices of fuel, the country’s largest export. In 2015, the economy somewhat improved in the first half of the calendar year and the oil and fuel sector prospered. Meanwhile, unemployment in other job sectors increased. By 2016, the unemployment rate reached a three-year high of 12.7 percent, though labor participation increased from around 35 percent to about 40 percent since 2014. An unemployment gender gap was noted in 2016 as well, as unemployment rates for men and women were 21.8 and 10.4 percent respectively.

In 2014, however, Iran saw the height of the unemployment crisis when the rate of unemployed women was estimated to be 46 percent and youth unemployment was twice that of general unemployment.

Additionally, the standard monthly income for families averaging five people per household is about $600, which is considered significantly below the poverty line. In 2014, Parliament’s Plan and Budget Committee announced that 15 million Iranians were living below the poverty line, or 20 percent of the population, and seven million of those people did not have access to any services that might offer them support or assistance.

Internal Corruption
In 2014, news broke that a merchant with close ties to the Iranian government facilitated many oil and gold transactions through the Turkish People’s Bank and embezzled a significant amount of money, putting the country into serious debt. Later, many other fraudulent investors were reported to be active in the oil industry, and though over $1 billion in debt was reported, the guilty were not punished. Between 2013 and 2014, 4,000 cases of embezzlement and theft were reported, most of them being cases of illegally importing luxury cars, hidden monopolies and smuggling, to name a few, but no names of the guilty parties were ever disclosed.

In 2014, Iranian president Hassan Rouhani took office with the determination to develop an effective strategy to reduce poverty for Iranians. Rouhani established a three-part policy to assist the most vulnerable populations and curb inflation, which ended two years of negative growth. Officials under the Rouhani administration provided food aid to about seven million citizens in poverty. Though many aid projects under the administration were criticized for potentially adding to the budget deficit, such policies and programs seek to give immediate help to those living in absolute poverty, and the administration continues to fight for the poor and make food security its number one priority.

These causes of poverty in Iran have led to justified tension and fear among the public and the government that conditions and employment rates will deteriorate further if changes to the subsidy program do not go into effect, and if eliminating government corruption is not made a higher priority. Those changes are key to improving Iranian lives.