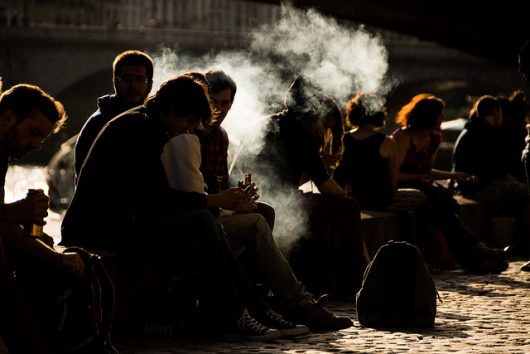 Poverty in France is rising once again, creating a larger financial gap between citizens. The poverty rate in France is around 14 percent, totaling 8.7 million people, according to a COMPAS study in 2012. Border towns are seeing percentages closer to 49 percent, while wealthier cities have rates as low as 7 percent.

In 2012, some metropolitan areas saw higher rates of poverty. The inequality gaps were most obvious in Paris, Hauts-de-Seine and Haute-Savoie. Single parents, large families and young family households had the highest rates of poverty in France.

Education, health and social and professional integration are areas of concern regarding children in France. Migrant children are deprived of most of these basic rights, living in slums and experiencing more severe discrimination and no ability to gain French aid. Children in these impoverished households in France lack a way out of poverty, leaving it up to the state to provide aid.

While the HRC exists, many of the French aid programs do not specifically target poverty and the need to reduce domestic poverty. France participates in foreign aid policies and programs, such as the Development Assistance Committee of OECD, but domestic aid by the state is left mainly to the Human Rights Council and a few other organizations.

The organizations that are combating poverty in France are mainly grassroots foundations. One foundation is the Action Contre La Faim, or Action Against Hunger, founded in 1979 by French intellectuals to eradicate hunger worldwide after seeing the issues caused by the emergency in Afghanistan. Another French charity, Antenna Technologies, works locally and internationally to simplify technologies to make them more accessible to the most underprivileged populations, while also fighting malnutrition and supplying access to drinking water.

People within France are taking action through organizations to fight poverty. Through these efforts, malnourishment, water scarcity, sanitation and education are being addressed and progress is being made. Their continued work can help improve the lives of those most in need in France.