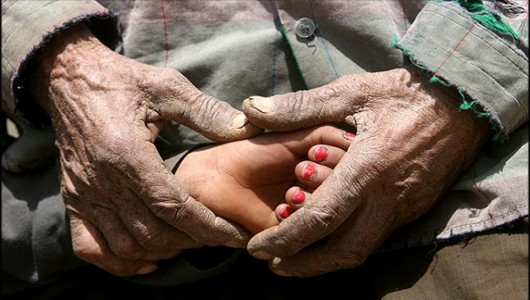 Revolutions spin nations into a whirlwind of anxiousness, confusion and, often economic changes. The changes that ensued after the 1979 Iranian Revolution sent the nation into economic troubles for a multitude of reasons.

After the revolution, the new government federalized businesses, which has ended up further hurting the economy. With the new sanctions and laws regarding the businesses, families have experienced a more difficult time to provide for themselves.

To add to the shift in government and adjusting to the new laws, a baby boom occurred in Iran following the 1979 revolution. Following the revolution, Ayatollah Ruhollah Khomeini asked women of the new Iran to have a substantial amount of babies that could one day protect their nation and faith.

After his call for children, the population came close to doubling from 34 million citizens to 62 million, according to The United States Institute of Peace: The Iran Primer.

With such a drastic jump in population, the Islamic Republic soon came to realize that they could not “feed, clothe, house, educate and eventually employ the growing numbers.” Without the ability, space or resources necessary, many families fell into poverty at a significant rate.

As more families sought refuge and aid in any form available, the option of terrorism became more tempting. Not because they desired terroristic actions, but often terrorist groups will travel through impoverished areas promising to pay considerable amounts to those who join their groups.

When in desperate need of money to care for one’s family, the willingness to join radical alternatives becomes a considerable option. With the insecurity of families and nations placed upon them, the feeling of hopelessness only grows.

However, after the dramatic increase in population, a progressive family planning program was enacted in an attempt to slow the population growth and allow the government to provide for those already born.

The program was advanced, especially for the time. Billboards went up across the nation encouraging smaller family sizes, volunteers were sent door-to-door to advocate for why fewer children were the better option, family planning classes were required before marriage and health centers began distributing free birth control and condoms all in an effort to slow the birth rate and end the baby boom.

With the new program in place, birth rates soon began to decline at what was a comforting rate. In 1988, women were averaging 5.5 births. By 2006, the average had decreased to 1.9 births per woman, and was continuing to drop.

Though the birth rate had declined like intended, with the continually dropping rate, a new concern arose. There was now an exceedingly large generation of baby boomers being followed by a generation that would not even replace their parents.

The abrupt decline in births has, and still is, causing problems regarding their ability to support the immense aging population.

With this vast difference of situations and problems, the Iranian government and population is continuing to feel a struggle in the prolonged wake of the 1979 revolution.

Between the excessive number of babies and then the sudden drop in births, the population fluctuation is one of Iran’s numerous economic issues that they as a nation and separate communities are having to deal with.