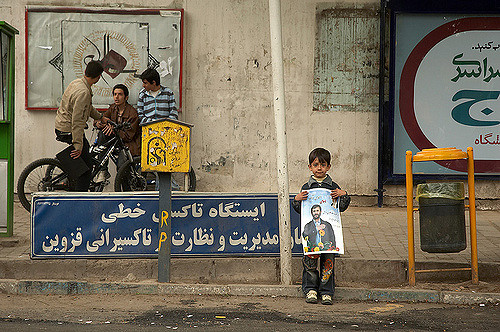 Poverty in Iran? Big yes. Iran’s economy grew at an accelerated pace of 9.2 percent at the close of the Iranian fiscal year, an auspicious preview to the “economic revolution” promised by President Hassan Rouhani in his inauguration earlier this year. However, developments from the economic sector did little to create jobs for Iranians and failed to translate to any significant impact in addressing poverty in Iran. Over 70 percent of Iranians still live in poor conditions, while 30 percent were classified as absolute poor at the end of 2016.

Unemployment due to the lack of available jobs is still a grave concern among citizens, as the government is still unable to improve from the annual job creation rate of 600,000. This dismal number presents an even graver issue to be addressed: with over a million students graduating from college every year, most of these young Iranians are not able to find work and a source of income. One out of four young Iranians are unemployed, and most of them end up falling into the 61 percent of the population who are neither employed nor looking for employment.

Even graduating with a higher degree (for example a master’s degree or a Ph.D.) does not guarantee anybody a job upon graduation. Many of these people have struggled to find jobs that are in line with their specializations and often opt for blue-collar jobs with meager salaries just to put food on the table. Mehdi Ebrahimi, an Iranian man who received a master’s degree from Tehran’s Payame Noor University, has chosen to carry heavy loads in border areas to be able to earn income and fend for his family, instead of embarking on a painstaking search for work in line with his degree.

What Causes Poverty in Iran

Hardship does not end with securing a job, however, since 90 percent of the labor force lives below the poverty line. Disgruntled workers argue that the minimum wage income of 8,112,000 Iranian rials (roughly $246) is barely enough to cover basic necessities. For a family of four, surviving requires roughly twice the amount.

“Many workers cannot even afford the basic products they need for survival. Many of these items are now considered luxuries,” said Rahmatollah Poormoussa, head of Iran’s state labor organization.

To put the wage disadvantage that these workers have in contrast to their international counterparts, the Iranian minimum hourly wage of roughly $1 is a tenth of the average minimum wage in Western countries and only a third of the wage taken home by workers in Turkey. China, notorious for paying workers the lowest minimum wage, pays about 1.2 times more than their Iranian counterparts.

Contractual employment is also a challenge for these workers. For irregular laborers, contractual work often means an unstable and unreliable flow of income. Most of these workers are not paid until weeks after they are due their wage, and most of the time their wage does not come before their stock of basic necessities is depleted. It is no surprise that 95 percent of contractual workers fall under the poverty line.

Subsequently, they and their dependents suffer from the insecurity of not knowing when breadwinners will be able to take their wages and buy food and other needs. Contractual workers and their families comprise a large amount of the 70 percent of Iranians who reported to be food insecure.

The difficulty of creating jobs may likely be a result of long political turmoil, caused by national and international conflicts, as well as the previous closure of industrial and manufacturing units. Economic conditions have become slightly better after sanctions against the country were lifted, but it has still not been enough to promote the well-being of citizens and alleviate conditions for the poor.

Critics of the Rouhani’s administration have also cited the regime’s pouring of funds into foreign conflicts and military spending rather than on infrastructural and social welfare projects as a reason for the ineffectiveness of government to address poverty in Iran. If Rouhani’s government really wants to jumpstart the “economic revolution” he has promised his people, they say, he must begin to see infrastructural and welfare projects as a top priority for his administration.

Investing in these projects will be a good starting point in fixing the market, improving the quality of lives of workers and subsequently address the growing problem of poverty in Iran.

5 Ways Countries Are Helping the EnvironmentWhy Is South Sudan Poor?
Scroll to top