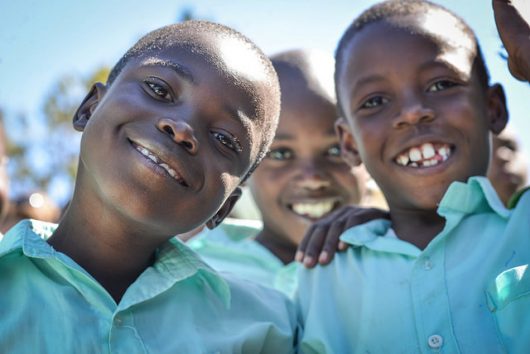 In a country rife with poverty, natural disasters, disease outbreaks and political unrest, one company is helping to transform an economy. Surtab, a company funded by USAID and private investment, is providing quality jobs through construction of locally-built tablets. These tablets are being used to link less-developed regions to more technologically advanced regions, furthering the development of the island country and helping to reduce poverty in Haiti.

Occupying the same island as the Dominican Republic, Haiti is one of the poorest countries in the Caribbean, with nearly half of the population living in extreme poverty. Even before the 7.0-magnitude earthquake that devastated the island country in 2010, Haiti had been struggling to recover from decades of dictatorship and colonial rule.

In the wake of the 2010 disaster, Haiti received foreign aid from nations around the world, largely in the form of food. This aid was given with the best of intentions, but largely excluded local infrastructure in its implementation. This ultimately failed to reconstruct the nation’s weakened economy and contributed to the cycle of poverty in Haiti.

Surtab is a tablet PC company based in the capital of Port-au-Prince. Established in 2013 with a $200,000 grant from USAID and $250,000 of private investment, the company primarily produces the Surtab 7 tablet, a powerful technological tool that is being used to bridge the gap between the capital and rural areas.

In the rural community of Robin, health worker Ketcia Orilius is using the Surtab 7 tablet to improve the lives of her fellow Haitians. Orilius visits patients across the expansive rural community, administering vaccines to children as well as giving advice on pregnancy, nutrition, and healthy living to women. With a health-tracking app, Orilius uses the Surtab 7 tablet to track pregnancies and monitor the health of children, watching for signs of malnutrition and disease.

While its tablets are transforming Haiti’s public sector, Surtab is also bringing quality employment to the Haitian economy. The company’s 50 employees are not only given ample training for the job and paid triple the minimum wage, but are also given extensive health benefits. This quality of employment is unique to the island country and represents a significant step towards rebuilding its frail economy and fighting back against poverty in Haiti.

Haiti is a country with significant disparity between its developing urban areas and undeveloped rural areas. In order for the Haitian economy to fully recover and further its development, this disparity will need to be addressed.

While progress towards this end has been limited by natural disasters and misguided aid efforts, companies like Surtab are helping to rebuild the Haitian economy through better jobs, helping to better equip health workers such as Orilius, and working to counter the cycle of poverty in Haiti.