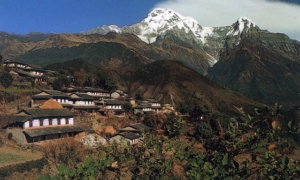 It is common for countries around the world to experience rapid growth instead of modest poverty reduction, as income is increasingly concentrated in the hands of the wealthy. Nepal, however, leans toward the opposite. The country has reduced the poverty rate by half in just seven years and witnessed an equally significant decline in income inequality. Yet, Nepal remains one of the poorest and slowest-growing economies in Asia. Nonetheless, a few groundbreaking innovations are helping Nepal escape poverty.

Even without poverty as a factor, Nepal faces challenging obstacles to overcome. Since Nepal is a landlocked country it creates a natural barrier to its development. Nepal’s history of extractive political regimes left Nepal with extremely low levels of physical and human capital and illiteracy rates of 90 percent in 1951. A propensity for natural disasters also contributes to continuous setbacks.

Getting to the root of poverty requires solving many of these additional issues along the way. Poverty isn’t just inadequate access to income. It manifests itself in health services and education, often allowing sexism and racism to flourish. In spite of that, numerous solutions are being drafted every day with the world’s poor in mind. Here are three innovations helping Nepal escape poverty:

Though about two-thirds of Nepalese workers worked in agriculture in recent years, the country’s agricultural sector has suffered dramatic losses since a devastating earthquake in 2015. Against a backdrop of food price volatility, the percent of households relying on food assistance increased from less than one-tenth of a percent before the earthquake to 35 percent after. Suaahara will ensure the health of future generations and guarantee budgets prioritize not just the amount of food people eat, but also the nutritional quality.

Before 2012, Nepal’s rural population was primarily made up of smallholder farmers whose level of income was low by international standards. Farmers often experienced rainfalls and droughts that threatened their crop yields. Before project implementation, the Rani Jamara Kulariya Irrigation Scheme regularly suffered from either a shortage of water or severe flood damage. Furthermore, the government was unable to manage the water equitability which hindered the water distribution. The Rani Jamara Kulariya Irrigation Project put an emphasis on providing more efficient, reliable and flexible water services to farmers and households to mitigate agricultural losses due to water hazards and improve economic gains.

Modernizing the irrigation scheme allowed it to be resilient to water-induced hazards, proven after torrential rain in August of 2017. The project’s inclusive approach increased the number of women working in the Water User Association from 19 percent to 33 percent between 2012 and 2017. Moreover, about 40 percent of the command area saw an increase in irrigated crop yields; 117 kilometers of village roads were upgraded to gravel roads, bridges and culverts, and nearly 16,000 water users have benefitted from this project so far.

Nepal has made remarkable progress in expanding learning opportunities for children and adults. Since 1990, primary school enrollment rates have increased from 64 to 96 percent. However, the quality of education remains low and the overall literacy rate is around 65 percent.

A USAID-supported early grade reading assessment in 2014 showed that 19 percent of third-graders could not read a single word of Nepali. Together with the Ministry of Education, USAID plans to help one million young children acquire strong reading skills in grades one to three across 16 districts of Nepal.

Beyond just improving reading and literacy skills, these focused education efforts are strengthening curriculum and training teachers, school committee members, parents and technical support staff across the country. Just a 10 percent increase in basic literacy skills can boost a country’s economic growth by 0.3 percent and create a foundation for future learning.

These kinds of innovations are crucial in helping bend the curve toward increased child survival, lower malnutrition, greater literacy skills, and ultimately, the end of extreme poverty. Solutions like these will help Nepal escape poverty, drive broader development progress and elevate transformative efforts toward change.