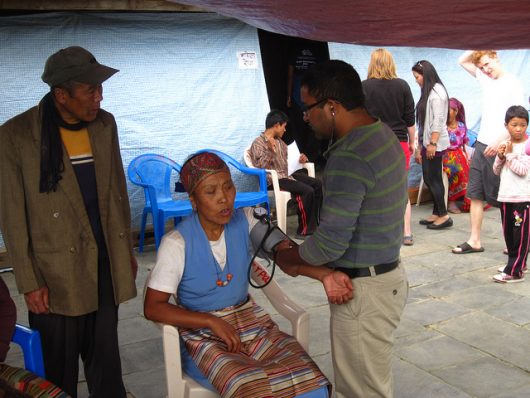 In order to talk about common diseases in Nepal, one must first examine some of the facts and statistics that make the country prone to disease. Nepal, a Himalayan country with a population of nearly 29 million, is located in South Asia. It is home to some of the highest mountains in the world, such as the third tallest mountain, Kanchenjunga, situated on the border of Nepal and India, and the world’s highest mountain, Mount Everest, located on its border with China. The birthplace of Gautama Buddha, Nepal is a favorite tourist destination for mountaineers and trekkers, while also attracting visitors for its rich cultural heritage, ancient temples and palaces.

Nepal was a monarchy for centuries until it was abolished in 2008 and the country was declared a republic. It is one of the poorest countries in Asia, and between 2010 and 2011 nearly 25 percent of its population was living on less than $1.25 a day. The mountainous and tectonically active terrain makes Nepal highly prone to natural disasters, which are some of the most common causes of death in the country, and obstruct its development. A devastating 2015 earthquake that killed nearly nine thousand people and injured thousands more remains one of the worst disasters in the country’s history.

Plagued with geological vulnerability, poverty and the associated issues of poor sanitation, air pollution and a lack of proper healthcare, Nepal is replete with both communicable and non-communicable diseases. According to data from the Institute for Health Metrics and Evaluation (IHME) and the World Health Organization (WHO), below is a list of common diseases in Nepal with some of the highest death rates.

Most Common Diseases in Nepal

According to the annual report of the Department of Health Services, Government of Nepal, for the years 2014 and 2015, combined efforts by the government and various national and international organizations toward the prevention and control of diseases in Nepal have achieved improved health outcomes over the years. These outcomes include higher life expectancy and reduced maternal and infant mortality rates. The report also identifies existing problems and challenges in the health sector and delineates possible actions for addressing these issues for continued progress.