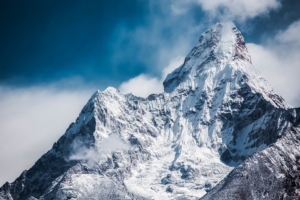 Nestled in the heart of the Himalayan mountains, Nepal has long been praised for its beauty and local culture. As the country continues to develop, there have been trends and statistics that show the true physical well-being of the population as a whole, particularly regarding the life expectancy in Nepal. As with all countries, there are many pieces that come into play when determining a country’s life expectancy, and they vary wildly depending on the region. Here we will take a look at 10 facts about life expectancy in Nepal and the contributing factors that affect those numbers.

10 Facts About Life Expectancy in Nepal

In a recent study of more than 188 countries, Nepal was in the top 10 countries to have significantly improved life expectancy rates. The many factors that are consistently being improved upon—such as health care, job access, educational opportunities and positive lifestyle influences—are proving their worth. Despite facing many challenges to still overcome, Nepal is making many improvements that will ensure longer, healthier lives for the Nepali people.