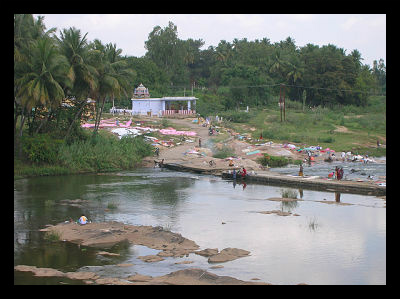 According to joint WHO and UNICEF data, 36 percent of the world’s population lack access to basic sanitation facilities, and 768 million people regularly go without clean drinking water. Sanitation refers to the provision of safe facilities and services for human waste disposal. In other words, toilets or basic latrines.

Inadequate access to sanitation and clean water kills 4,000 vulnerable children each day. This contributes to the cycle of poverty for families and communities in developing countries. Without water, sanitation and hygiene, efficient and sustainable development is unattainable.

But the problem doesn’t end there. Lacking access to clean water and facilities means constant weakness through diarrhea, choosing whether to buy water or medicine, fewer resources to grow crops—in essence not being able to support one’s own livelihood. For girls, an absence of sanitation facilities in schools can deny them a chance at education.

“Too many people still lack a basic level of drinking water and sanitation. The challenge now is to take concrete steps to accelerate access to disadvantaged groups,” said Dr. Maria Neira, WHO Director for Public Health, Environmental and Social Determinants of Health. “An essential first step is to track better who, when and how people access improved sanitation and drinking water, so we can focus on those who don’t yet have access to these basic facilities.” She added that those who suffer most tend to be poverty-stricken people living in rural areas.

Sanitation is a crucial element to global health, yet it often suffers from political neglect. The stigma attached to human waste hampers high-profile discussion. This must change if the pattern of ill-health and poverty and sanitation in developing countries is to be broken. Improved sanitation yields approximately $9 worth of economic benefit for every $1 spent. The advantages include saving time, reducing medicine and health costs, improving quality and amount education for girls and protecting water resources.

Sanitation may seem like a nebulous problem, but it can be drastically improved with low-cost infrastructure improvements. Building pipes and pumps around villages can deliver clean water, while building toilets and sewage systems can eliminate unhygienic practices like open defecation. Both physical improvements and more widespread hygiene education can reduce the number of human waste-related deaths caused by cholera, typhoid, infectious hepatitis, polio, rotavirus and others.

Several international agencies and organizations work to ameliorate the problem of poor sanitation. UNICEF is active in more than 100 countries, developing programs to improve water and sanitation facilities in schools and poor communities. The organization also works to spread awareness about safe hygiene practices. “When we fail to provide equal access to improved water sources and sanitation we are failing the poorest and the most vulnerable children and their families,” said Sanjay Wijesekera, UNICEF Chief of Water, Sanitation and Hygiene. “If we hope to see children healthier and better educated, there must be more equitable and fairer access to improved water and sanitation.”

Both UNICEF and the WHO are major proponents of the United Nations Millennium Goals for water and sanitation; that is, to halve the proportion of people without dependable access to water and sanitation by 2015. Although the water target has been achieved, the sanitation target lags behind.

Sources: UNICEF, WHO 1, WHO 2,  Government of the United Kingdom
Photo: flickr