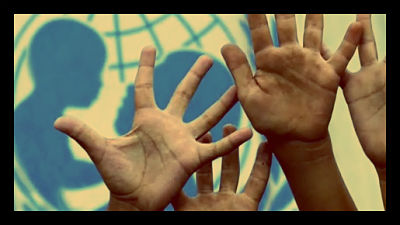 UNICEF is one of the biggest names in international aid and humanitarian work in the world today. It has won the Nobel Prize, the first to be awarded to an organization, and not an individual, as well as the Prince of Asturias award. Despite being highly active in fundraising, awareness, relief work and research, very few people know the origins of the organization.

Founded in 1946, UNICEF began with the specific mission of providing emergency food and healthcare to children in the countries that had been destroyed by World War II. Its original name was United Nations International Children’s Emergency Fund. It was later changed to the United Nation’s Children Fund after being officially adopted as a permanent branch of the UN in 1954.

Though its headquarters are in New York City, it operates in over 190 countries, focusing on the welfare of children in at-risk areas. Since 2006, the organization has concentrated on a few specific areas: child survival and development, basic education and gender equality, mitigating the effects of HIV/AIDS on children, child protection and policy advocacy, and partnerships. UNICEF has been a key player in global development work since its inception. UNICEF operates during emergencies in addition to supporting developing countries to provide children with basic resources and advocate for children’s rights.

UNICEF has significant star power, utilizing celebrities to raise awareness, thus making it a strong cultural force as well. Ambassadors for the organization have included Audrey Hepburn, Queen Rania of Jordan, Richard Attenborough, David Beckham, Jackie Chan, and many others. In 2006, the major football team FC Barcelona sponsored UNICEF, and wears the organization’s name and logo emblazoned on their shirts (a reversal in the usual sponsorship practices for football teams).

It has recently drawn criticism for its stance on international adoption. It came under fire when it was noted that during major disasters, it discouraged adoption agencies from allowing international adoption, offering incentives to keep children in their own countries. Many saw this as a short-sighted policy, which prompted UNICEF to issue a press release, stating: “The case of children separated from their families and communities during war or natural disasters merits special mention. Family tracing should be the first priority and inter-country adoption should only be envisaged for a child once these tracing efforts have proved fruitless, and stable in-country solutions are not available.”

UNICEF has repeatedly shown itself to be the highly influential and one of the most effective operations working towards protecting the rights of children worldwide.