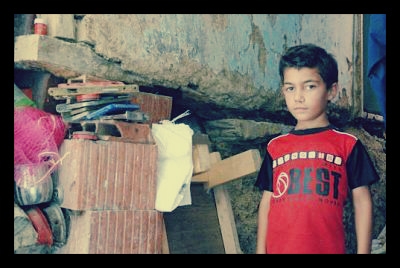 Since the end of the war in 1999, the Republic of Kosovo has experienced consistent economic growth. Now a lower-middle-income country, it is one of only four countries in Europe that recorded positive growth rates during the economic crisis between 2008-2012, averaging about 4.5% each year. Despite its rapid growth, Kosovo continues to struggle with high rates of poverty and unemployment.

Joblessness is estimated to be at about 40% and remains a central economic-policy challenge. Youth and women are disproportionately affected by the difficult labor market conditions, creating an environment that undermines the country’s social fabric. Kosovo is one of the poorest countries in Europe with a per-capita gross domestic product (GDP) of about €2,700 and about one-third of the population living below the poverty line and approximately one-eighth living in extreme poverty.

The European Union is mainstreaming an effort to fight child poverty by  recognizing the multi-dimensional nature of the issue. Child poverty and exclusion have high social and individual costs. Children in poverty are at high risks of low educational attainment, poor health, and an inability to find work later in life. Investing in children, therefore, is important not only for the well being of current children living in poverty, but also for the health, productivity, and engagement of future adult citizens.

Kosovo declared independence in 2008, however only 98 of a total 193 UN member states have recognized Kosovo’s independence. The lack of agreement remains a central obstacle to achieving the country’s goals for political integration and socio-economic development.

To help reverse joblessness and build a long-term economic growth plan, the World Bank, along with ten other donors, recently awarded Kosove 61 million Euros, mostly in the form of grant money. The Sustainable Employment Development Policy Program (SEDPP) funds were disbursed from the end of 2011 to the middle of 2012. The funds have supported reforms and improved transparency throughout many sectors in the country.