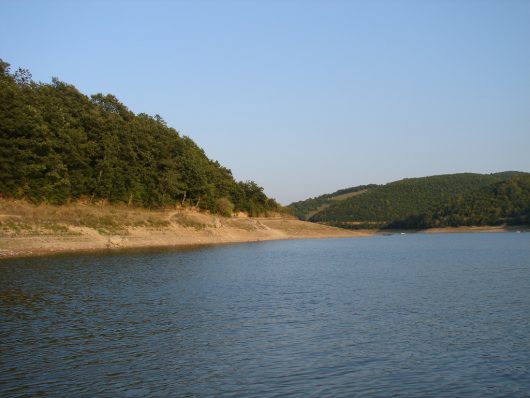 Water quality in Kosovo has been a topic of discussion in recent years. Kosovo’s two main water resources are the Badovac and Batlava lakes in the region of Pristina, which supply almost 1.8 million Kosovars with water. But climate change has strongly affected the lakes water levels, which have fluctuated from excessive water accumulation to drought levels in a period of two years.

These abrupt climate changes have impacted the almost 200,000 people who live in Pristina, the capital and largest city of Kosovo. For instance, in 2012 severe snow and blizzards affected the area, a year after, flooding impacted Kosovars and the year following that brought with it a drought.

In 2014, Kosovo lived through the worst water shortage in three decades, according to public officials in the country. Around 400,000 people in Pristina faced reduced drinking water supplies thanks to the low water levels of the Badovac and Batlava, a problem that directly impacted the water quality in Kosovo.

However, last year the lakes reached their maximum level, making the extraction of water difficult. The Kosovar system is based on pipes that work in conjunction with a water processing plant, some of which don’t have the capacity to process water when the Badovac and Batlava are at their highest levels.

To resolve the problem, the United Nations Interim Administration Mission in Kosovo (UNMIK) informed that, the European Commission and the German Development Bank granted Kosovar around 17 million euros in order for the country to make improvements to the infrastructure of their water processing plant system and to guarantee water for its citizens.

They Planned to Poison The Lake

Kosovo’s government cut off the water supply from the Badovac reservoir in 2014 after police arrested several suspects linked to the Islamic State (IS) who were allegedly planning to poison the lake.

This reservoir supplies half of Pristina with water. The Guardian informed that policemen found a suspicious substance in the lake. Over the last two years, officials have identified 314 Kosovars who have joined the Islamic State.

Water quality in Kosovo is not perfect. In bacterial and chemical testing of the water, the Water and Waste Regulatory Office reported a 90 percent rate of purity, while the international standard is above 99 percent. Citizens are recommended to buy water instead of to drink it directly from the tap.