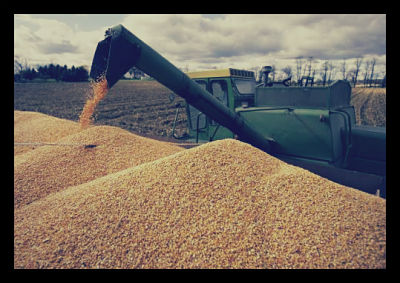 Corn’s central role also means that a disruption in corn supply can create a global crisis. This is compounded by reliance on two major export markets: the United States and Argentina. Of the top five import countries, four of them rely on the United States to provide the vast majority of their corn.

Climate change, however, is a growing concern among corn growers world-wide. According to a study done at the University of Reading in the United Kingdom focusing on corn production in France, temperature levels are a significant variable in corn production. When temperatures exceed a certain level, corn yield suffers, according to the study. Already the average number of days over this threshold per year has risen. This is disturbing news as average temperatures are expected to continue to rise during the 21st century. As the study’s leader, Dr. Ed Hawkins of the Natural Environment Research Council’s National Centre for Atmospheric Science, states “It’s a serious risk to food security.”

Scientists estimate corn production will need to increase by 12 percent per acre between 2016 and 2035 in order to maintain current production levels. In order to increase crop yields, additional technology advancements will be necessary.

The importance of global food security has led corn growers from leading export nations to form a collaborative group to address this shared issue as well as biotechnology, stewardship, and trade. This cooperative group formation, dubbed The International Maize Alliance (MAIZALL), is the first of its kind and is significant for the collaboration among trade competitors. The United States, Argentina, and Brazil, the three top corn export markets, are members.

MAIZALL will discuss biotechnology in regards to food security as well. Getting import markets to accept drought-resistant traits is an important component for global food security, stated National Corn Growers Association President, Pam Johnson. MAIZALL members will travel to China and South Korea in October to discuss biotechnology in those markets.

Incorporating technological innovation to boost yields and counteract climate change is important for protecting and increasing future corn yields. A significant drop in these yields will lead to increased food prices and shortages that will endanger global food security. With a world population expected to reach 9 billion by 2050, corn producers world-wide are on the alert.

Wind4Water: Trading One Element For AnotherPoverty in Kosovo
Scroll to top