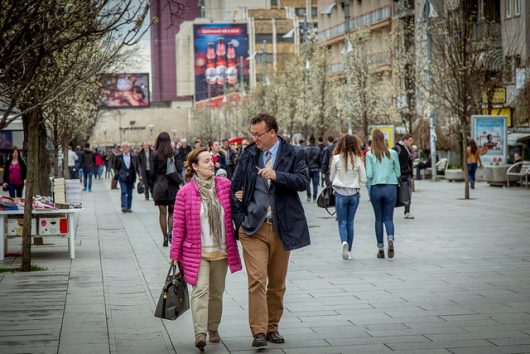 The Republic of Kosovo is a disputed Southeastern European territory nestled in the Balkan Peninsula. Over the last two decades, the country has battled intense civil wars, horrific ethnic cleansings and a fight for freedom that finally culminated in its independence from Serbia (previously Yugoslavia) in 2008. In the early years of its autonomy, Kosovo’s poor economic conditions led the international community to brainstorm ways of how to help people in Kosovo.

As a result, Kosovo was under supervised independence by the International Steering Group until 2012. After 2012, the new country’s economy finally established some semblance of equilibrium. Kosovo held its own elections in 2013 and 2014 for the first time. Since then, their GDP has steadily been on the incline.

Although things are starting to look up for Kosovo, the country is still grappling to stabilize its workforce and job creation. In fact, 30 percent of the population still lives in poverty, 10 percent of which live off less than $1 per day. These discouraging numbers make sense considering the current growth model relies heavily on the remittance of citizens that fled during the war.

However, this strategy cannot be sustained over the long term, especially when the number of migrants leaving Kosovo for neighboring countries is still quite high. Thankfully, there are many charitable organizations and governmental efforts strategizing how to help people in Kosovo. Below are but a few that are doing spectacular things to bolster the Kosovo economy.

The Stabilization Association Agreement (SAA) could perhaps be the single most influential document in Kosovo’s membership in the European Union. Negotiated in 2013 and 2014, the SAA was signed in 2015 and finally implemented the following year.

The agreement represents a new phase of Kosovo’s relationship with the E.U. and will pave the way for a more stable and prosperous Kosovo by implementing democratic principles and a variety of reforms set in accordance with E.U. standards. These restructurings will not only increase Kosovo’s wealth, but they will also bring the country closer to its goal of joining the European Union.

Care International is a nonprofit organization that fights poverty around the world. They also have a specific focus on empowering women and girls. The organization has been working in the Balkans since 1993, providing humanitarian assistance during the worst of the conflict between the Serbs and Albanians. More recently, CARE has been initiating programs to build sustainable peace and development. These programs help to integrate minorities and youth into the job market, two of the largest unemployed groups in the county.

Anyone interested in learning how to help people in Kosovo through CARE need only visit their website, where the organization has a variety of strategies that the average person can act on today to join the fight against global poverty. These strategies include: signing petitions to help protect U.S. foreign aid; information on how to volunteer; and ways to raise money for the world’s most vulnerable populations.

Established more than 90 years ago by businessman and philanthropist Charles Mott, the foundation’s original purpose was to address the growing economic problems facing Flint, Michigan. As the organization built traction, however, it expanded its efforts to include international initiatives, as well.

For the last several decades, the Charles Stewart Mott Foundation has been providing assistance to the western Balkans, including Kosovo, through its Civil Society program. In 2008, Mott provided Kosovo with a two-year $50,000 grant to the Kosovo Women’s Network in support of its efforts to ensure that women play an active role in Kosovo’s key political policies.

Although Kosovo is still struggling with high rates of unemployment and fluctuating markets, the nation has demonstrated economic expansion every year since establishing its statehood in 2008. It has been able to accomplish this in part through its constitutional rule of keeping public debt below unsustainable levels and maintaining competitively low corporate tax rates.

The admirable efforts of the governmental reforms and non-profit organizations listed above, and many others like them, also reveal powerful ways of how to help people in Kosovo. Hopefully in the coming years, the combination of these factors will thrust Kosovo into a time of much-deserved economic growth, leaving its painful recent history to fade.