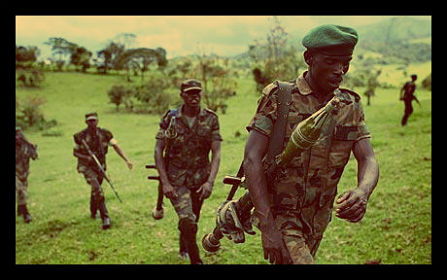 You might be surprised to find that the United States isn’t the richest country in the world. Actually, that crown goes to Qatar who has recently jumped ranks to take first place. But what about the other side of the spectrum, the parts of the world struggling with devastating poverty? Well, on that end the Democratic Republic of Congo comes in first – or last, to be more accurate – as the poorest country in the world, with the lowest GDP per capita than any other country.

The Poorest Country in the World: The Democratic Republic of Congo

Determining a country’s rank in wealth isn’t the easiest of tasks when you sit down and think about the data and economics involved. However, a good indicator of a nation’s standard of living is the assessment of its GDP (gross domestic product) per capita, which is defined as the total value of all domestic goods and services that country produces annually, times its PPP or purchasing power parity. GDP per capita (PPP) isn’t a perfect shot because its purpose isn’t to calculate that kind of economic rank but it’s measured frequently, widely and consistently, allowing trends to become visible.

In 2010, GNI (gross national income) per capita replaced GDP in the calculation, but the list is the same between the two. Qatar was still first with about $100,000 GDP per capita (PPP) in 2012 just as it was on the GNI list and the Democratic Republic of Congo came in last at around $370 GDP per capita (PPP). The gap is massive.

Of the 40 poorest countries in the world, a solid 33 are in Sub-Saharan Africa. They include Zimbabwe, Burundi, Liberia, and Niger. Other parts of the world notoriously infamous for high poverty rates include Afghanistan, Haiti, and Nepal. But none of these places takes it quite as harshly as the Democratic Republic of Congo (not to be confused with the Republic of Congo) whose turbulent past and bloody wars have eclipsed the nation’s potential to thrive.

Since its independence in 1960 and once the most industrialized country in Africa, Congo has bled onto the ground because of its lack of infrastructure and the brutal impact of civil war. Disputes between Congo’s prominent rival groups, the Hutu and Tutsi, erupted after the Rwandan Genocide in which 500,000 people, mostly Tutsi, were victims of mass slaughter by the Hulus in the East African state of Rwanda.

The result was an exodus of over 2 million Rwandans fleeing to neighboring countries like the Democratic Republic of Congo, known in that time as Zaire. Most of the refugees were Hulus attempting to escape the Tutsi who had climbed to dominance at the end of the genocide. The Hulu refugee camps in Zaire, however, became politicized and militarized and when Tutsi rebels invaded Zaire to repatriate the refugees, the conflict escalated into the First Congo War in 1996.

The situation only grew worse and by 1998, the Second Congo War, which was sometimes called the “African world war” because it involved a total of nine African countries and twenty armed groups, devastated Zaire and laid waste to her population and economy. The political turmoil continues today despite intervention and peace attempts and is one of the world’s deadliest conflicts with a death toll of 5.4 million people.

More than almost 90 percent of the conflict’s victims, however, died due a lack of access to shelter, water, food and medicine – all severely aggravated by displaced and overcrowded populations living in unsanitary conditions. Not to mention, 47 percent of deaths were children under 5 and some 45,000 children continue to die each month.

The nation also faces the problem of human rights and the countless crimes against humanity because while many have returned home, an estimated 1.5 million are still displaced. DR Congo is also infamous and heavily criticized for its treatment of women. The east of the country has been described as the “rape capital of the world” and rates of sexual violence has been described as the worst in the world.

It doesn’t help that DR Congo is consistently poisoned by corruption and greed. While mining growth has somewhat boosted the country’s economy, the elite are said to syphon off revenue for their own personal gain due to the nation’s lack of strong central government. Conflicts over basic resources, access and control over rich minerals and oil, and political agendas are some of the many complex causes behind the Democratic Republic of Congo’s inability to rise among the ranks and take the title of the poorest country in the world.

The Mechanic Who Is Lighting Up the WorldEthiopia Slashes Child Mortality Rate, Meets MDG
Scroll to top