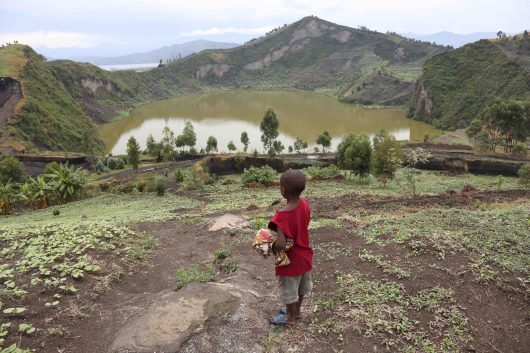 Since the development of the Democratic Republic of the Congo—commonly known as the DRC or the DR Congo—the nation has been the center of what many historians refer to as “Africa’s World War.” Although the country is vastly populated with an innumerable amount of resources, poverty in the Democratic Republic of the Congo still defines the lives of children and adults.

Examining Poverty in the Democratic Republic of the Congo

One of the main causes of poverty in the Democratic Republic of the Congo is health threats, specifically a malaria outbreak, which resulted in approximately 6.7 million cases nationwide in 2009. Infectious diseases, like malaria, divert intentions for economic investments, threaten public health and contribute to child mortality rates.

Yet, health risks are not the only notable sources of poverty in the Democratic Republic of the Congo. It is estimated that there are about 4 million orphans whose population has been created not only by disease but also by the intense conflict in the area.

However, the violent area of South Kivu is gradually returning to a more peaceful and prosperous region, improving the lives of people in the conflict zones.

In 2001, the World Bank reengaged with the DRC by providing financial and technical assistance through the application of several emergency plans to aid in the recovery of the health of the region’s people.

Before the PRCG closed in February 2016, the project implemented new human resource management and public finance systems in the central and provincial governments of the region, which allowed the South Kivu Province to double its revenue between 2009 and 2014.

The project’s final goal is to reorganize the current government to permit the development of economic performance at the local level. Currently, the project has facilitated the rehabilitation of eight centers to facilitate the ongoing training of government officials throughout the nation.

The DRC will be able to reduce its dependency on external technical assistance via resources such as training at universities and higher education institutions. The Catholic University of Bukavu benefitted directly from this project, as it now runs one of the most recognized centers for excellence for the area.

When visiting Bukavu for the first time, the World Bank Country Director for the DRC, Ahmadou Moustapha Ndiaye, explained in a 2016 press release how the World Bank progresses with the success of the nation. “Our goal is to lay the foundation for sustainable development in the South Kivu Province, and throughout the country, which entails establishing efficient and transparent institutions and management systems.”

Poverty in Ethiopia: An OverviewBattling Disease: The World’s Leading Killer
Scroll to top