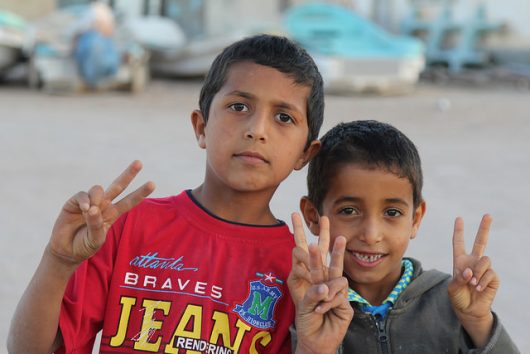 The dichotomy of the Middle East region in terms of wealth and quality of life is one that truly boggles the mind. One need not search very far to learn of the tragedies that have befallen countries like Iraq, Syria, and Libya in the 21st century. The war-torn images of these countries are sketched into the collective Western mind. Simultaneously, countries like Saudi Arabia, the UAE and Qatar are home to some of the world’s greatest cities, fabulous wealth and futuristic-looking technologies.

What often goes unnoticed are the countries that fall somewhere in the middle; ones that are not ravaged by war nor blessed with a plethora of natural resources such as oil. The Sultanate of Oman is one such example.

Poverty is a fact of life for many Middle Eastern countries, but Oman is one of the bright spots in the region in terms of poverty reduction and efforts to elevate the quality of life of its citizens. The Oman poverty rate has been on the decline in the last decade and shows signs that it will continue to do so.

Oman created a national strategy in 1970 to spur development in all aspects of life in the country. At that time, Oman had almost no formal education system; by 1999, over 70 percent of children were in primary school. Moreover, in 1970, the life expectancy at birth was near 51 years; that has increased to 78 in 2014, an almost 53 percent increase, which outpaced the world average in the same time frame by 30 percent. Oman’s poverty rate has been reduced significantly because of these improvements.

Since 2000, Oman has reached eight of its Millennium Development Goals, most notably in providing education for all, including women and children, as well as reducing the number of people suffering from extreme hunger.

Entrepreneurial activity is also on the rise in Oman, sponsored mainly by Startup Oman, a Muscat-based fund that facilitates and promotes young Omani entrepreneurs. This fund aims to reduce poverty while simultaneously encouraging creativity in the economy.

The fishing town of Duqm is being radically transformed, thanks in large part to Chinese investments, into one of the country’s central economic hubs. This has boosted employment and spurred economic activity, providing economic opportunities for Omanis.

Even amid a geopolitical spat between other Gulf countries, Omani ports are benefiting from an unusual uptick in traffic, which has resulted in increased economic activity for Omani businesses and workers. While Oman may not want to be seen as profiting from the current row, it will likely solidify its position as a neutral arbiter in regional disputes, as it has for decades. This trend, in tandem with a reduction in Oman’s poverty rate, will allow it to establish itself as a peaceful and prosperous nation in the region.

The combination of government initiatives, foreign investment and an educated population has allowed Oman to improve the lives of its citizens, which is worthy of high praise considering the situation facing other countries in the Middle East.

As long as the government continues to focus on reducing the Oman poverty rate, the Sultanate will surely establish itself as a bright spot in the Middle East.