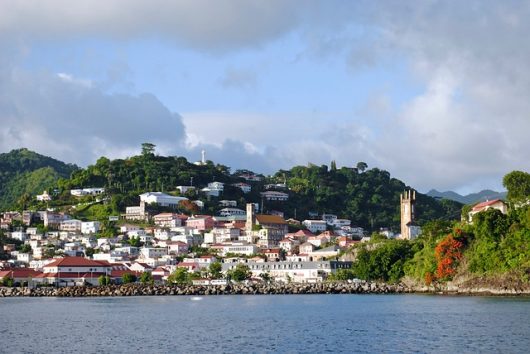 The nation of Saint Vincent and the Grenadines is both small and beautiful, made up of 32 islands and landforms in the south Caribbean. It is known mainly as a peaceful island destination: a place to swim, snorkel and enjoy the view. Yet despite this reputation, the country is struggling to support its own population. Even taking into consideration recent economic improvements, the Saint Vincent and the Grenadines poverty rate remains shockingly high: as of 2008, 30.2 percent of the population was living in poverty.

This already disturbing rate is relatively low in comparison to that of 1996, when the rate was even higher, at 37.5 percent. While the country’s GDP has grown steadily since the 1980s, particularly thanks to the construction industry and the “banana boom” of the ’80s, trade access for the country’s most important crop, bananas, has been waning ever since and the national debt has only grown. As of 2009, the debt was roughly 60 percent of the GDP.

This lack of economic activity in addition to trade difficulty has led to high rates of both unemployment and underemployment, with many citizens turning away from traditional employment and to the underground market, such as growing and selling marijuana.

Though the Saint Vincent and the Grenadines poverty rate has dropped in recent years, many people feel the opposite effect. In 2008, 44.3 percent of citizens polled felt that conditions had worsened compared to previous years, perhaps to due to the rise of food and fuel prices around the same time.

In addition to economic difficulties, the people of Saint Vincent and the Grenadines suffer from a lack of health coverage. In 2008, only 9.4 percent of the population was covered by health insurance, and coverage is still rare even among the wealthiest in the nation. Teen pregnancy, meanwhile, is extremely common, with half of the country’s women reporting their first pregnancy before the age of 19. Saint Vincent and the Grenadines has long had a plan to put a national health insurance program into place, but the plan has experienced countless delays, and as of 2017, the plan has yet to be enacted.

Though the Saint Vincent and the Grenadines poverty rate looks grim, the country intends to take steps to remedy it. First on lawmaker’s minds is diversification and expansion of the economy, which would ensure that the country’s economy would not rely on bananas alone. Other key projects include paying off the national debt, expansion of national infrastructure and developing a health care system. These are no small feats to accomplish, but the country is committed to helping its citizens.