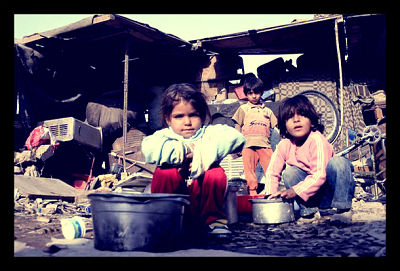 Poverty in Iraq? Many countries in the Middle East are dominated by oil production and exporting, and Iraq is no different. 95% of its exports are from oil. Like other resource-rich countries, however, this abundance of profit potential has not translated to a higher standard of living for the average Iraqi citizen. Furthermore, economic progress and social development has been hindered by ethnosectarian violence, severe setbacks in infrastructure, and poor educational quality. A number of complex challenges face Iraq today.

3 Main Causes of Poverty in Iraq

The situation in Iraq has been discussed by a number of NGOs, focusing on reform of programs already in place. For example, the Public Distribution System (PDS) is a universal ration program, but its main obstacle lies in targeting and distribution. It does not effectively target those who are at greatest risk for slipping into absolute poverty. A number of reports assert that if the Iraqi government used funds available to it from oil exports, these difficulties could be addressed. However, until ethnosectarian violence can be resolved and security restored, steps forward will be accompanied by backward steps as well.

What is the Bilderberg Group?Heifer International: Sustainable Aid
Scroll to top