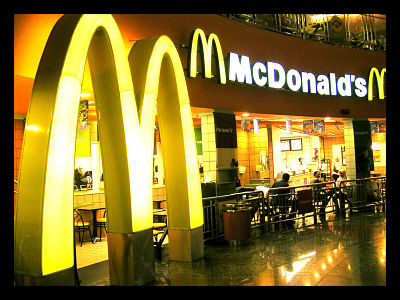 Today the fast food giant McDonald’s is so ubiquitous in the United States that it is hard to imagine a world where it doesn’t exist. McDonald’s has 34,480 restaurants in 119 countries. The fast food chain even has restaurants in Cuba. Despite vast numbers, 105 nations still do not have a McDonalds. These McDonald’s free nations include Ghana, Jamaica, Yemen and Tajikistan.

Most importantly, the distribution of McDonald’s restaurants can work as an indicator of the relative wealth of a nation. Michael Centeno, sociologist at Princeton University has stated “If you want a definition of what the rich world and the poor world are, well, if you can get a McDonald’s, you are in the rich world.” According to Centeno wealth and the number of McDonalds are directly correlated. Thus poorer nations in sub-Saharan African and poor and central Asia have far fewer opened McDonalds restaurants.

Additionally, the presence of McDonald’s restaurants is correlated with a nation’s economic development and stability. Ho Chi Minh City in Vietnam is about to open its first McDonald’s in the next year. What this mean is that Vietnamese consumers now have enough disposable income to indulge in American fast food. At the same time, nations may lose their McDonald’s due to declining economic situations. For example, Iceland has shut down all of its three McDonald’s chains following severe economic down turn and a currency crisis.

Some people may insist that the growth or decline of McDonalds in any region may be mostly related to the culture of the area. While culture does play a role in the spread of fast food, the growth of McDonald’s overseas can truly be a sign of wealth and development. That is to say, as poor or developing countries expand economically, they are able to take part in the luxuries of developed nations. Furthermore, economists have even developed what is known as the Big Mac Index, an informal way to compare currencies across nations. Whether or not more French fries or burgers are truly beneficial for the global poor, the spread of McDonald’s definitely indicates where wealth and poverty tend to linger.