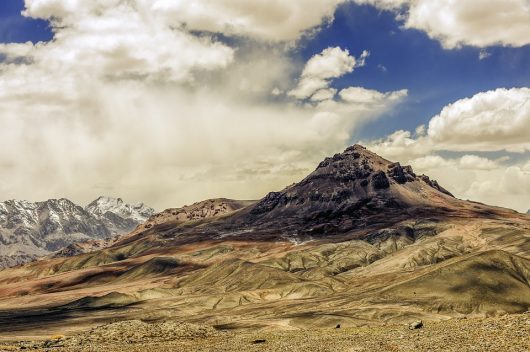 Poverty in Tajikistan remains a problem. Tajikistan is frequently cited as the poorest former Soviet republic, with one of the world’s lowest GDPs per capita (ranked 192). While it is a place that Americans do not hear about often, USAID has been busy in the country of just over eight million inhabitants for more than 20 years, almost as long as Tajikistan has been a sovereign nation.

1. Proportional to GDP, Tajikistan has one of the largest remittance economies in the world.

Due to a scarcity of secure employment opportunities, which contributes greatly to poverty in Tajikistan, more than one million Tajik citizens leave the country searching for work. The money that these Tajiks send home equals more than half of the entire country’s GDP. The vast majority of these migrants—90 percent—travel to Russia.

Tajikistan is landlocked and sits in the northwestern Himalayas, one of the most mountainous regions on the planet, making transportation a challenge. Trade with other nations, which is important to the country’s economy, relies on a dilapidated railway system. The diminutive electricity market means energy infrastructure is also lacking. Power shortages and outages are rampant, especially during the winter.

The future for Tajikistan’s infrastructure may, however, be looking up due to foreign investment, which may alleviate some of the poverty in Tajikistan. Recently, Chinese investors funded new road construction in Dushanbe, the capital. Russia and Iran have also invested in hydroelectric plants, including a dam on the Vakhsh River that may become the world’s largest.

Multi-drug resistant tuberculosis (MDR-TB) is disproportionately high in many central Asian countries, including Tajikistan. The country’s healthcare system is ill equipped to respond to this issue, lacking adequate information systems and human resources. Most funds for fighting TB come from international assistance.

MDR-TB is a complicated public health challenge, however, the World Health Organization (WHO) has partnered with the government and aid groups to improve and monitor Tajikistan’s ability to treat TB and stave off MDR-TB.

4. Most of the population does not have access to clean water.

Nearly 60 percent of Tajik citizens rely on unsanitary water supplies. Many depend on irrigation ditches for drinking water, meaning waterborne diseases are common. Diarrhea is the sixth leading cause of death in children under five.

While these statistics may seem bleak, water quality is a relatively straightforward issue to tackle. USAID has made notable strides in providing better access to clean water, one of its main focuses in Tajikistan. According to its website, USAID has “established 56 community-level water users’ associations,” helping the Tajik weather and water forecasting agency better manage the country’s vast supply of fresh water.

5. The civil war destroyed one out of five schools in the country.

Funding for education decreased drastically after Tajikistan became independent from the Soviet Union in 1992. The following five years of fighting destroyed or damaged a significant portion of the country’s schools. Naturally, such collateral destruction has contributed to the precarious state of the education system.

Since the fighting, the country has either struggled to or failed to revive school systems. According to the latest reports from UNICEF, schools are overcrowded, underfunded and understaffed, with many teachers working triple shifts. Furthermore, dropout rates are high, especially for girls.

The state of Tajikistan’s education system leaves much to be desired. However, organizations like USAID and UNICEF have partnered with the Tajik government. They are determined to nurture this fragile system to a point where it can sustain itself, mainly by focusing on preventing dropouts and improving equity and access.

In many ways, Tajikistan seems to lag behind its neighbors in the Central Asian region. With a strong memory of war and political upheaval, coupled with uncompromising geography, the country has struggled to develop.

But international aid organizations have shown great ambition and, partnered with the Tajik government, achieved tangible successes in reducing poverty in Tajikistan and its burdens. Likewise, international investment from the private sector suggests promise and hope for a society that has much to gain.