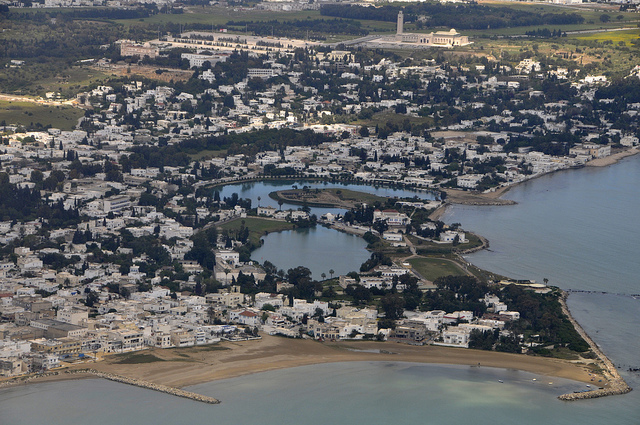 Of the countries in the Arab world, Tunisia has proven itself among the most westernized. Still, it struggles to maintain a steady economy, especially during a time plagued with fear of extremist attacks and civil unrest. Because tourism remains the number one industry in Tunisia, the country’s entire economy has taken a significant hit in recent years.

Now more than ever, efforts toward humanitarian aid to Tunisia have reason to increase. Countries across the globe have stepped forward to provide assistance ever since the people initiated the Arab Spring and overthrew their former president, Zine El Abidine Ben Ali, in January 2011. While some have provided one-time aid, others continue to help build the country today.

China responded to the state of emergency by March 2011, offering $2 million in cash to the country along with $4.6 million worth of materials such as food, tents, blankets, medicine and power generators. China delivered these materials in two major shipments, providing relief to thousands of people.

Gruppo di Volontariato Civile (GVC), an organization from Bologna that focuses on international development aid, has continually provided humanitarian aid to Tunisia since 2011.

The organization has focused on responding to the refugee and migration crises, building and expanding rural communities, and empowering Tunisian women to play an active role in civil organizations and the economy.

Recently, GVC has partnered with EU Aid Volunteers in Action, an organization established by the European Union for humanitarian operations. Both have partnered with the MENA Seminar, hosted by the Fibre to the Home Council Middle East and North Africa (FTTH). The conference exists to promote adoption of high-speed networks throughout the Middle East.

“Creating a sustainable future is not just about protecting the environment, but it is also about wider benefits to society and its citizens, and the economic health of communities and nations,” a representative from FTTH said. These sorts of efforts toward quality of life improvement help to build a foundation for long-term growth and relief.

In the meantime, the U.S. has also committed itself to humanitarian aid to Tunisia. The United States Agency for International Development, a government agency that directly deals with the fight against global poverty, has provided nearly $300 million to support Tunisia’s economic growth and democracy since 2011.

The U.S. Embassy in Tunisia gives a platform to those who wish to propose funding ideas for projects that help advance the country. Whether in education, economics, national security, or otherwise, it provides financial resources to fund project ideas. However, this funding is “extremely limited,” according to the embassy’s website.

The influx of humanitarian aid to Tunisia remains steady with devoted efforts from both governmental and non-governmental foreign organizations. However, the hopeful and determined attitude of the Tunisian people really makes these efforts successful. The citizens have a true desire to improve their general quality of life, and foreign aid, as well as domestic programs, provide the resources to boost Tunisians out of their economic slump and into a more comfortable state.