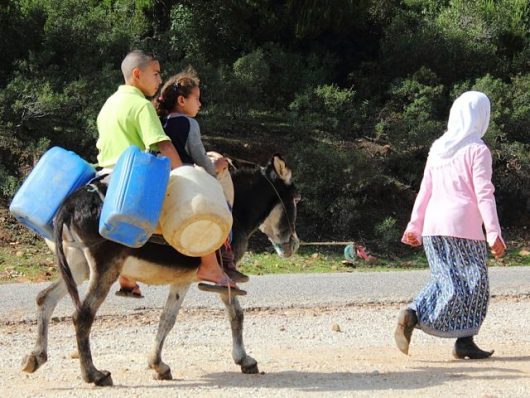 Tunisia proved the authority of its democracy when 2010 uprisings overthrew a decade-long dictatorship. That same year, the World Bank found that the poverty rate in Tunisia had been cut in half since the start of the century. Tunisia’s GDP has doubled as it approaches 10 years since that revolution, but rural areas are still stuck in a rut of poverty.

Most economic growth is localized to coastal, urban communities. The agricultural sector only contributes 10 percent to the overall GDP, but 35 percent of the country’s population competes for that small percentage. The result is that two-thirds of the country’s poor population lives in rural, agrarian areas.

Still, Tunisia is considered a success story and role model for other countries fighting poverty. The government implemented programs to improve the national status of education, healthcare and infrastructure after the new democracy took hold in 2011, and the aggregate influence was tangible. But the disparity remains, and the poverty rate in Tunisia is as much as 30 percent higher in some rural regions.

The Devastating Effects of the Poverty Rate in Tunisia

In hard to access areas, potable water and electricity are only available to 65 percent of people. This leaves nearly half of the poor population without water or electricity. The number of women receiving prenatal care is 35 percent lower in rural areas, and infant mortality rates are significantly higher. The Tunisian government has made basic healthcare accessible to all people, regardless of income, so the adverse statistics seem to represent a different problem.

Literacy rates (a strong indicator of poverty) are just above 98 percent for males between 15-24, and near 96 percent for females of the same age across Tunisia. These are promising figures, just like the overall improvement in poverty rate in Tunisia, but again there is a disparity in rural areas. Dropout rates for primary education remain at about 50 percent for the whole country, disproportionately attributed to children in poverty, and especially to girls in rural areas. The statistical stagnancy represents a social emphasis on patriarchy rather than education, and it is more and more clear that one father’s agrarian income can no longer support a family.

Tunisia’s battle against poverty shows that change begins with people. The poverty rate in Tunisia will continue to improve as the people continue to seek self-sufficiency. The civilian uprising that created their new democracy was an inspiration to similar countries, and hope remains that societal examples within that new democracy will make education and health a greater priority in rural areas.