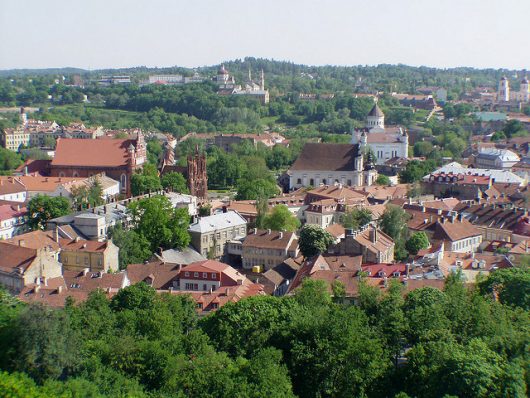 Alcoholism in Lithuania and many of its eastern European neighbors is a major concern. The Lithuanian government and various organizations, including SOS Children Villages Lithuania, are stepping in to determine how to help people in Lithuania and how to protect those that are most vulnerable to the effects of alcohol abuse.

In June of this year, the Lithuanian government announced that it will implement new, highly prohibitive alcohol laws in 2018. This announcement was made after the World Health Organization published a report that named Lithuania as the heaviest drinking country in the world in 2016.

Though this is Lithuania’s first year to top the list, its severe drinking problems are hardly new, and the details of this decades-long problem are shocking:

Why is alcohol abuse so rampant in Lithuania and other eastern European countries? Analysts offer myriad reasons that vary depending on the particular country in question, but some of the most frequently cited answers relate to high unemployment rates, the societal legacy of Soviet control, poor mental health care and a lack of information and public policy regarding alcohol.

One source reported that currently, eight of the nations with the highest levels of consumption do not have public policy initiatives that address the effects of alcohol consumption on the general public. This lack of public information exacerbates the danger of this situation to women and children. Alcohol use among women in Lithuania and other eastern European countries has been increasing steadily, and women in these countries may not be aware of the dangers of drinking during pregnancy. Experts therefore assert that an essential tenet of answering the question of how to help people in Lithuania is simply to make them more aware of the health effects of drinking.

The effects of alcoholism in Lithuania extend to children. Research shows that children whose parents have an alcohol problem suffer an increased likelihood of several violent and troubling scenarios, are six times more likely to suffer domestic violence and three times more likely to have suicidal thoughts. Furthermore, in June 2016, 20,000 Lithuanian children were found to be living in conditions of “social risk”, which the Lithuanian government defines as a household situation in which the parents have problems concerning alcohol abuse, poverty,or domestic violence. A significant number of these children were removed from their parents’ care and placed in institutional alternatives.

The question of how to help people in Lithuania is as complex and multivariable as its catalysts. The Lithuanian government’s upcoming prohibitive measures indicate policymakers’ dedication to engendering large-scale societal change, but it will take time for Lithuanians to wholly shift their attitudes and habits of alcohol dependency and abuse. In the meantime, there are tens of thousands of Lithuanian children and millions more across eastern Europe that currently live in endangered situations or institutional care due to parental abuse of alcohol.

Recognizing the need for increased child protection and better solutions, the organization SOS Children Villages Lithuania has developed an EEA grants funded project entitled “Sustained Transition from Institutional Care to Family-Based and Community-Based Alternatives”. The goal of this project is to determine the best environment and means of caring for children that have been removed from dangerous situations through comparative studies. SOS Children Villages Lithuania is dedicated to advocating for and stepping in to protect children in Lithuania as the country works to lessen its rates of alcoholism.