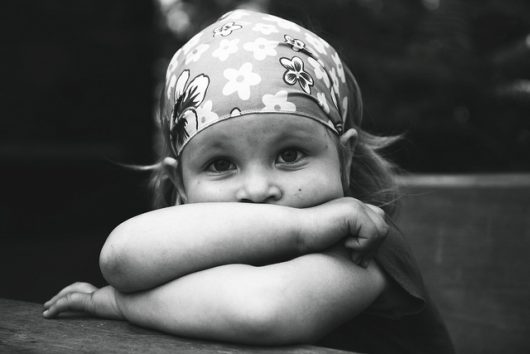 The Republic of Lithuania is located west of Russia along the Baltic Sea. 3.3 million people live in this 65,300 square km country. Historic changes have taken place in just one generation.

Lithuania had been occupied by Russia since 1940, but regained its independence in 1991 following the collapse of the Soviet Union. Thirteen years later, in 2004, Lithuania joined NATO (North Atlantic Treaty Organization) and the EU (European Union).

This country has seen a lot of political change in the past 25 years. A new constitution in 1992 presented a new form of government for Lithuania, including a presidency.

1. Children’s welfare
The 2016 Human Rights Report on Lithuania stated that “despite a multi-year effort to combat violence against children, many problems continued.” The Council of Europe Commissioner of Human Services, Nils Muižnieks, plans on reducing child abuse and harm in Lithuania by “implementing the law banning all forms of violence against children through a coordinated strategy and effective and independent monitoring.”

One area that can be improved is the country’s child hotline. It was reported that in the first eight months of 2015, the hotline received over 421,000 calls but was only able to respond to 192. This lack of resources and funding is a serious issue that results in injuries to and sometimes deaths of children.

Another issue that needs to be addressed is the number of institutionalized and displaced children in Lithuania. There are close to 100 orphanages in the country, which house about 4,000 orphans as of 2015. It is an important goal for Lithuanian government officials and NGOs to improve the orphanage system, because many institutionalized children’s issues stem from their time without a family in these temporary homes.

Domestic violence is one of the biggest human rights issues in Lithuania. Although there have been efforts to stop it, violence still continues. “In the first eight months of the year, police received 33,453 domestic violence calls and started 6,718 pretrial investigations, including 24 for murder.”

Compared to the United States’ 20,000 calls a day for rape or domestic violence, Lithuania’s numbers may not seem substantial. However, when people are being harmed, any number is significant and needs to be addressed.

People with disabilities are among the groups that face the worst discrimination in Lithuania. Some rights that have been known to be unequal for disabled people include “inaccessibility, forced hospitalization, human rights violations in closed institutions and psychiatric wards, restrictions on the right to vote and an inadequate mental health system, which remained among the least reformed areas in the health sector.”

Jews also have a history of discrimination in Lithuania. Recent research has shown that between January and April of 2016, 90 Jewish people who applied for passports were rejected, compared to only 20 non-Jewish applicants rejected.

However, like most human rights issues in Lithuania, the government is working to improve the situation. About $14.3 million was put aside between 2013 and 2019 to be spent by the Department of Affairs of the Disabled.

4. Inhumane treatment of prisoners
Conditions in some prisons and detention facilities remain sub-standard. There have been credible allegations of inadequate access to hygiene products, poor sanitary conditions such as filthy blankets and mattresses, poor food and inferior medical care.

Some improvements have been made, though. “Between January and September, the government spent approximately 364,000 euros ($400,000) on the renovation of seven prison facilities.” With more aid and support, these prisons and detention centers can become healthy and safe places.