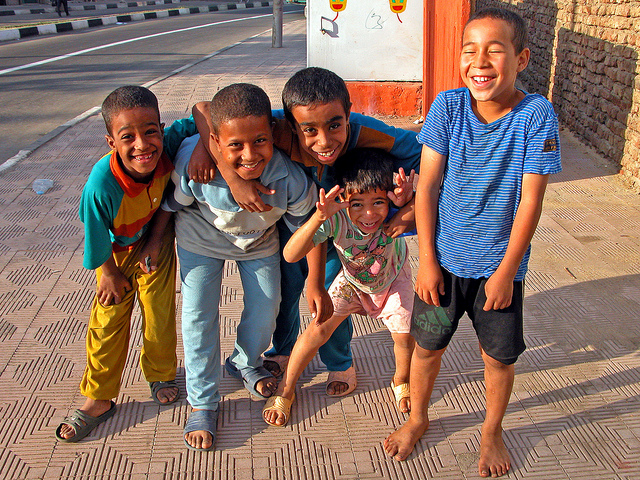 There are many ways that Egypt has benefited from aid from the U.S. For years, poverty in Egypt has been a serious issue, with over a quarter of the population living below the national poverty line. With a turbulent economy, Egypt has relied on foreign aid and partnerships to keep the country sustained. But this is not the whole story. In fact, the U.S. benefits from foreign aid to Egypt.

Egypt receives more U.S. aid than any other country, except for Israel, Afghanistan, Pakistan and Iraq. Although the amount varies from year to year, U.S. foreign assistance to Egypt has averaged about $2 billion a year since 1979. It was during this time that Egypt struck a peace treaty with Israel, thus aligning itself with American interests and foreign policy. Once this commitment to maintaining peace in Israel was established, the U.S. began providing aid to Egypt to sustain this treaty.

Peace with Israel and Other Arab States

According to Robert Springborg, a Middle East expert and non-resident fellow at the Italian Institute of International Affairs, the primary benefit is the “cessation of hostilities against Israel” by Egypt and “other Arab states that could not wage war against Israel in the absence of Egyptian participation.” Egyptian support for American counterterrorism and counterinsurgency campaigns helps fuel peace and eliminate conflict that could reach U.S. soil.

The U.S. benefits from foreign aid to Egypt have also helped create jobs and reduce unemployment in the U.S. More than 1.3 million Americans work in manufacturing weapons for defense companies, and more than three million others support the industry indirectly. According to the Stockholm International Peace Research Institute, “the U.S. is among the world’s top five arms producers and distributors.” This does not mean that the U.S. gives money to Egypt for military equipment, however. It means it gives the Egyptian military a list of equipment the American government will purchase on its behalf in the United States, thus aiding in the U.S. job market.

According to the State Department, military aid has included tanks, armored personnel carriers, anti-aircraft missile batteries and surveillance aircraft in addition to the F-16 fighters and Apache attack helicopters. U.S. benefits from foreign aid to Egypt also include expedited processing for U.S. Navy warships when passing through the Suez Canal.

Since Egypt’s domestic stability is important to the U.S.,  there is an interest in its local economy. The Egyptian military controls up to 60 percent of the Egyptian economy, so it is crucial that for peace in the U.S. continue, there must be a form of economic aid and suitability. Therefore, by providing aid to Egypt to keep its economy stable, the U.S. in turn benefits from this alliance.

This alliance shows the importance of funding and supporting foreign aid. It not only affects the people and economy of many other nations, but there are also many benefits that drastically affect the way Americans live their lives. It only further strengthens the argument that aiding other countries is important and necessary.