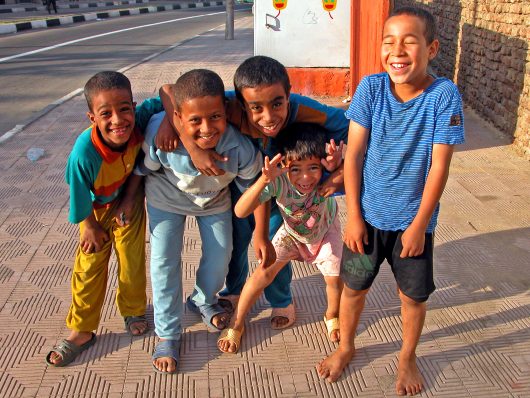 For years, poverty in Egypt has been no anomaly. Over a quarter of the population lives below the national poverty line, and many have found it difficult to secure work in a turbulent economy.

This rate has failed to drop since the Arab spring in 2011.

However, the Egyptian government and various international organizations have not been idle in addressing this problem. In recent years, millions of dollars have been donated to instill sustainable growth and development and to chip away at the current percentage of those living in poverty.

The United Nations Development Programme (UNDP) is at the forefront of international organizations helping Egypt achieve economic stability and poverty reduction. It has created a plan called the UNDP Strategic Plan 2014–2017 for Egypt. The plan prioritizes the elimination of poverty in Egypt.

UNDP’s strategies are wide-ranging and beginning to gain a great deal of traction due to Egypt’s recent governmental transition.

Human development, gender equality, environmental development, transparency and sustainable development are some of the many focuses that the UNDP has for the Egyptian people in an effort to make them self-sufficient in the long term.

The Egypt Network for Integrated Development (ENID) is a pilot program the UNDP is testing in Egypt. The premise of the program is to empower individuals in rural areas by upgrading public services and providing more efficient agricultural and off-farm occupations.

Through these efforts, people can build and grow their own businesses. This will promote sustainable economic growth and development in these areas long after ENID discontinues aid.

ENID has given a special focus to women through the course of its debut. Seventy percent of the 573 individuals employed by ENID’s activities between 2012 and 2014 were women.

Outside rural areas, the UNDP is also creating jobs in the most impoverished govern-orates for young men and women. The majority of these new jobs are for women.

These programs are working wonders among the Egyptian people, but unfortunately they are not free to operate. The Egyptian Government foots the bill of the majority of these programs, followed by Japan and a collection of European states and organizations. The total amount of contributions from these organizations is just over $280 million USD. In a country of nearly 90 million residents, this amounts to roughly $3 per person.

Despite great progress towards poverty reduction in Egypt, there must be bigger changes. Just recently, Egyptian President Abdel Fattah El Sisi emphasized the need for foreign investment in large and small Egyptian enterprises. President Sisi pointed out that the government has made stellar improvements to the national infrastructure, but it still needs aid in developing businesses to use these new resources effectively.

By 2030, Egypt hopes to be well on its way toward sustainable development and a transparent governmental system. Though the country still needs help to develop its domestic affairs, many are optimistic that Egypt will be able to stand on its own within a decade.