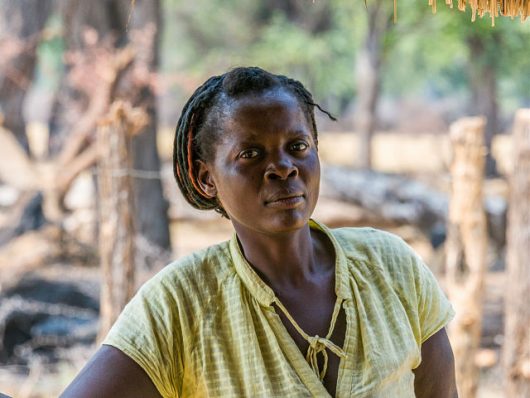 Seventy-two percent of Zimbabweans live under the national poverty line, making it the 22nd poorest country in the world. Gogo Olive is a charity whose focus is to mitigate some of the problems faced by Zimbabweans, specifically women. Here is how one charity is changing the lives of Zimbabwean women.

The Problem: Difficulty Making a Living

One hardship faced by many women is HIV/AIDS, a disease that affected 1.3 million Zimbabweans in 2016. This results in many widowed parents who have to provide for their families by themselves. Providing for their households, however, is a difficult task when job opportunities are so limited. The unemployment rate in Zimbabwe is currently at 11.3 percent, and increases when excluding the large numbers of subsistence farmers and those working in the informal economy. This, however, is not the main problem for Zimbabweans.

The real problem, according to the International Labour Organization, is the poor quality of employment, characterized by low wages, no sick leave for employees and poor working conditions. In this way, the great need in Zimbabwe is decent jobs. Gogo Olive has met this need by employing women to knit goods, primarily in the form of knitted animals.

Gogo Olive was founded by Julie Hagan as a way to create jobs for six women through knitting. Since its inception in 2008, the charity has grown to include about 80 knitters who produce hundreds of these knitted animals each month. According to the website, “Knitting was chosen as it only requires basic materials and can be done anywhere and at anytime, which suits the lifestyle of a Zimbabwean woman.”

The charity operates on two levels. Gogo Olive Knits creates jobs and generates income for women by selling their knitted products. Gogo Olive Cares focuses on meeting the other needs of the women. This includes establishing savings plans, running educational workshops, distributing care packages, and setting up an emergency fund to help with health costs and school fees. This is how one charity is changing the lives of Zimbabwean women: they not only provide an income, they also include additional benefits that have no doubt helped the poor greatly.

Gogo Olive Knits presents a flexible way to earn income. The knitters are paid monthly for each product they produce. According to Ruth Hagan, they can earn up to $250 monthly.

An additional benefit of working for Gogo Olive is the educational workshops. The majority of the knitters have had little education, a problem which keeps them in the poverty trap. Some of the topics covered are budgeting, HIV/AIDS awareness, healthcare, single parenting and farming techniques.

Gogo Olive Cares also provides an emergency fund for people in special circumstances. This includes school fees for their children and medical fees for medication or treatment that the women would otherwise be unable to afford. Ruth Hagan shared a story about one of the knitters who received a payment from the emergency fund. “In January, one of our knitters accessed the fund which allowed her to have a hip replacement following living in considerable pain for a number of years.” The knitter, Florence, is now back at work and able to walk with a crutch.

The benefits extend far beyond simply meeting physical needs. Ruth explains, “We love that we are able to teach a skill and offer employment to many ladies. Not only does this allow them to make enough money to feed their children and pay for school fees but it also gives them each a sense of value and worth as they have meaningful occupation.”

Ruth Hagan said of the experience, “It is great to be a part of positively impacting lives of so many in Zimbabwe.” Seeing how one charity is changing the lives of Zimbabwean women goes to show that any good deed, big or small, can have an immense impact.