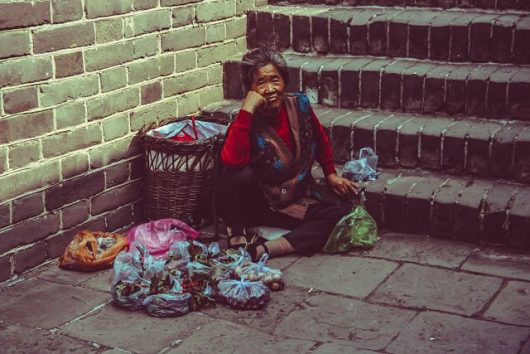 Tianjin is a metropolis in China near Beijing, located in the North China Plain region. It is one of four cities that are directly controlled by the Chinese central government. Tianjin is one of the most populous cities in China, and its economy has been growing at an astonishing speed. In 2016, it achieved the goals of its twelfth Five-Year Plan (2011-15). Its overall GDP reached ¥1.65 trillion, or $252 billion. Its average annual GDP growth during these five years was 12.4 percent.

However, poverty still exists. Despite Tianjin’s overall economic growth, some serious problems hide below the surface and cannot be ignored. These facts about poverty in Tianjin help shed light on these hidden issues.

10 Facts About Poverty in Tianjin

Overall, even though Tianjin’s economy looks good on paper, these 10 facts about poverty in Tianjin illustrate the problems that government officials need to focus on. However, as shown above, the government is taking action to solve these problems, and more policies are being enacted to facilitate this process and improve the lives of those in poverty.

Gogo Olive Changing the Lives of Zimbabwean WomenWhy Is It Important to Vote?
Scroll to top