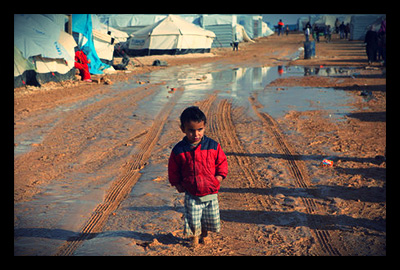 The Development Initiatives research group reports that the total amount the world’s governments and private organizations spent on foreign assistance rose to $22 billion in 2013, the highest ever recorded. Private aid was $5.6 billion, an increase of over $1 billion from 2012, while government aid was $16.4 billion, about $3 billion higher than the amounts spent in the previous five years.

Most governments in developed countries considerably increased their international assistance spending last year. The United States in particular spent 18 percent more than it did in 2012 and contributed the most money of any country at $4.7 billion. Other countries, like Brazil and China, saw 97 percent and 84 percent drops in spending respectively, but most, including the United Kingdom, Japan, Canada and Germany, as well as the European Union governmental organizations, increased their foreign aid investments.

Why did governments increase their foreign aid spending so suddenly? Much of the aid increases occurred because of worsening violent conflicts and natural disasters around the globe. Much of the private aid increases went to help rebuild the Philippines after Typhoon Haiyan, while other aid went to help victims of clashes in South Sudan,the Central African Republic and Syria.

Syria in particular has received enormous support to help victims of the civil war. According to the World Bank, global aid to Syria increased from $335 million in 2011 to $1.67 billion in 2012, and that number continues to rise as more countries offer help. Turkey was the third-highest foreign aid donor after the U.S. and the UK because of its $1.6-billion effort to care for Syrian refugees. Even Kuwait, a small country not known for its foreign aid budget, raised so much money for Syria that its aid spending increased by 2,315 percent in 2013.

Despite this recent surge in funding, governments tended to concentrate their foreign aid spending on specific countries. The World Bank found that Afghanistan, the country receiving the most aid, got nearly $7 billion in 2012, but many countries in need received substantially less. “Just under a quarter of the total international humanitarian response went to the top five recipient countries, while other countries such as Nepal, Myanmar and Algeria continued to be de-prioritized,” said Dan Coppard, Development Initiatives’ director of research. World Bank data shows that Algeria received less than $200 million in 2012, while Nepal and Myanmar got less than $1 billion.

What does this new spending mean for long-term foreign aid policy? On one hand, it demonstrates that nations are willing to come together and offer help to suffering people. However, they responded to immediately visible natural disasters and conflicts, and there were many countries in need that received very little help. The desire to give foreign aid exists, but advocates must work to make issues requiring international development spending more visible and relevant to governments and their constituents.