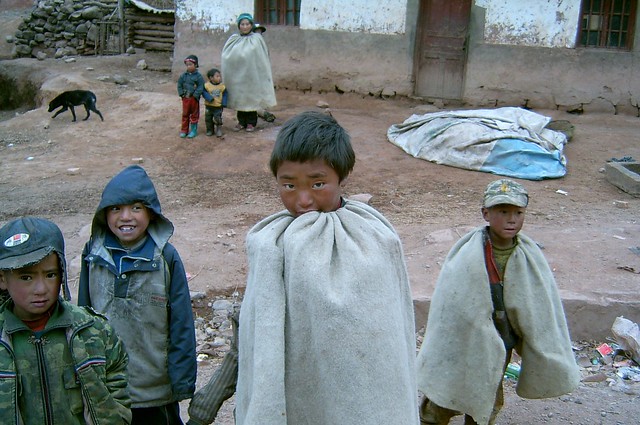 In recent years, poverty in China was cut poverty in half making it one of the great success stories.

By 2020, China will replace the U.S. as the biggest economy, according to Standard Chartered Bank. Much of the world anticipates China becoming the global superpower, with its increasing overseas investments and influence.

However, it has a ways to go if it wants to match these expectations within five years. China is polarized by its advancing technologies and a large number of people that remain impoverished. Tall glass-and-steel skyscrapers loom over gritty, crumbling slums.

Part of the problem is the lack of education in rural areas, which keeps families steeped in poverty.

“Kids in some southern provinces don’t have access to education,” said Ji Da, a native of Chengdu, Sichuan. “We send them clothes.”

Because much of the population is doing well and China functions like a healthy first world country, it’s not easy to determine the full extent of poverty in the country.

10 Facts about Poverty in China:

China has made significant progress in recent years in reducing poverty and is continuing to do so. Beijing hosted the 2015 Social Good Summit to raise awareness for the Sustainable Development Goals, which include eradicating poverty. 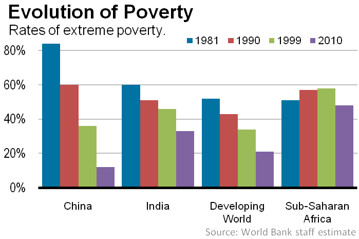 During the conference, Tencent, Inc., China’s largest Internet service portal, relayed its efforts to reduce the digital divide between urban and rural areas of China.

Ji reported that the Chinese government is building schools and “government-subsidized housing for the poor.”

If the country can face the facts about poverty in China and stabilize the economy, it will be well on its way to matching, and even surpassing, the U.S. economy in 2020.

This Land is My Land: How Property Rights Reduce PovertyA Look at U.S. Foreign Aid in Kenya
Scroll to top