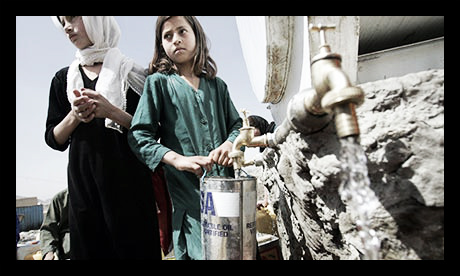 The US Agency for International Development (USAID) has spent approximately $17 billion in Afghanistan since 2001. In a recent letter from the Special Inspector General for Afghanistan Reconstruction (SIGAR), the general counsel claims that USAID has not been diligent in monitoring the use of money to prevent contract aid from being used by groups linked to terrorist organizations.

The letter declares that USAID has purposely withheld information regarding these funds and the fact that the Afghan government did not exercise oversight regarding the appropriation of those funds. John Sopko, the inspector general for SIGAR, stated “USAID kept this information from Congress and the American people.”

Yet a spokesperson for USAID, Matthew Herrick, has denied any wrongdoing on behalf of the agency. Herrick claimed that USAID complied with all requests from members of Congress and their staff to show documents relating to the matter.

In order to ensure the money was not spent in a fraudulent manner, the House Subcommittee on National Security questioned the USAID Assistant Director for Afghanistan and Pakistan Donald L. Samper. Members on the subcommittee called into question the ability of Afghan ministries to oversee the allocation of USAID funds.

In a country notorious for its corruption, USAID conducted internal risk reviews of its dealings in the country. But Rep. John Tierney of Massachusetts stated that although USAID conducted risk reviews of seven of the thirteen Afghan ministries and made 333 recommendations on how to lessen the risk to USAID funds, the agency provided direct assistance to the seven ministries and only required 24 of the 333 recommendations to be implemented.

Sopko called for the Afghan government to take more concrete steps to increase its oversight of USAID-funded projects and decrease corruption before USAID doles out any more funding for development assistance. Overseeing the proper delegation of funding to Afghanistan has been emphasized recently. In 2012 the US government concluded that a contractor working there had links to networks that provided parts of improvised explosive devices to be used against US troops.

This latest revelation comes amidst another scandal in which the USAID spearheaded a so-called covert “Cuban Twitter” project codenamed ZunZuneo. As a result, the federal agency has been under increasingly strict scrutiny from Congress.