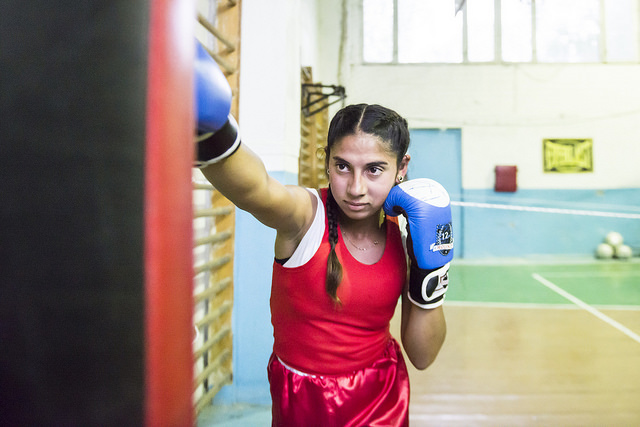 Previously part of the Soviet Republic, Moldova continues to be one of Europe’s poorest countries. The nation is home to some 3.6 million people, yet women in Moldova face discrimination and inequality in nearly all aspects of life. The Moldovan government has made one of its goals to promote women empowerment and gender equality. Nevertheless, the possibilities for young girls are weakened by stubborn patriarchal mindsets. Although girls’ education in Moldova does not appear to be as discriminatory in practice, statistically, men and women go for more traditional gendered degrees.

A result of a prolonged economic crisis, poverty and unemployment, the quality of education in Moldova is lacking. Many children of Moldova’s poorest families start school later and usually finish their education after primary school. With the number of students enrolled plummeting, schools in villages are at risk for shutting down. To combat this, the government of Moldova has made education a national priority, as it acknowledges the role that education has in strengthening society. To increase primary education completion, the government has increased access to pre-school services for children in rural areas. New teachers have been trained and an emphasis has been placed on early childhood development.

UNICEF reported that girls’ education in Moldova is equal to that of boys. Boys and girls face the same levels of access to education. If anything, girls are faring better in schools. UNICEF stated that girls were achieving slightly higher marks than boys in their classes. In 2005, the Education Policy and Data Center reported that both girls and boys in primary schools had equal levels of pupils not enrolled in school. The same report concluded that a larger portion of secondary male students did not attend school.

The gender gap in education is especially small in secondary education and below. However, girls’ education in Moldova becomes segregated when women seek higher education. Women make up 51 percent of students in higher education. (No source found). Although there is a supposed equality in this schooling, women and men do not tend to study the same degrees. Instead, there are degree patterns that men and women take. A horizontal segregation appears, where female students tend to study social sciences and male students typically choose technical subjects.

A possibility for this sort-of gendered degree choice is the wish of their parents. In one instance, a Moldovan student was asked what she would like to study. Given her parents’ preference for a more feminine job, she said that she would likely finish her education in pedagogy because her mother preferred that she did that. Yet, she also had the desire to go to the police academy to disrupt gender norms.

Society imposed gender norms are likely the root of why there is this divide in studies between men and women. The Women’s Law Centre conducted research in 2015 that discovered that over 90 percent of men and more than 81 percent of women in Moldova believe that domestic chores should be the main responsibility of a woman. Men are expected to earn money, while women are expected to take a more traditional route.

The government of Moldova has increasingly found success in education reform. Girls and boys are offered and attain the same levels of education. At a higher education level, girls’ education in Moldova differs from that of their male colleagues.

Path to Improvement: Top 10 Facts About Poverty in BelizeGirls’ Education in Romania
Scroll to top