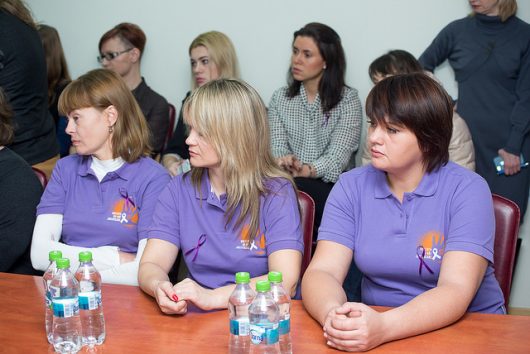 The former Soviet republic of Moldova is the poorest country in Europe. The average Moldovan lives to be almost 70 years of age. This life expectancy rate is an average of three years longer than considerably wealthier countries in the Commonwealth Independent States (CIS). Despite this longevity, Moldovans have the second-highest rate of mortality in all of Europe, losing 980.094 out of 100,000 citizens annually. The most threatening diseases in Moldova that contribute to the high mortality rate include cardiovascular disease, cancer and cirrhosis.

Noncommunicable Diseases
The most threatening diseases in Moldova are noncommunicable. According to the World Health Organization (WHO), cancer, circulatory and digestive system diseases, injuries and poisoning accounted for 73 percent of all deaths in 2012.

WHO declared tobacco and alcohol consumption to be the main contributors to the most threatening diseases in Moldova. Though cirrhosis and other chronic liver diseases are not in the top three leading causes of death in the nation, these diseases still claim almost 210 men and women per 100,000 Moldovans a year and remain substantial overall causes of death.

Syphilis and gonorrhea collectively affect an average of about 90 people per 100,000 Moldovans. In 2009, the country faced a syphilis epidemic, during which 139 citizens per 100,000 were infected. Though the reported cases of Moldovans infected with syphilis have decreased, it is still more than double the average of the CIS.

The rate of HIV is double the average frequency in the CIS, affecting nearly 20 of 100,000 Moldovans. AIDS affects 6.6 of 100,000 individuals and is above the CIS average.

Government Action for Disease Prevention
In February 2007, the Law on the Prevention and Control of HIV/AIDS outlines a legal system that aims to educate Moldovan citizens on HIV/AIDS prevention. It works to ensure basic human rights and assuage discrimination for those affected. The degree is also designed to promote medical, social and psychological resources for those living with the disease.

The National Coordination Council is devoted to the enhancement of epidemiological studies and strategies to better control diseases like tuberculosis. The council aims to enhance government policies concerning the control of HIV/AIDS, sexually transmitted infections and tuberculosis through efficient dialogue between the government and nongovernmental organizations.

Through these national programs, the most threatening diseases in Moldova will become less of an issue as prevention and care become more widespread.

Poverty Rate in Spain Rebounding After RecessionRaising the Bar: Improving Education in Ethiopia
Scroll to top