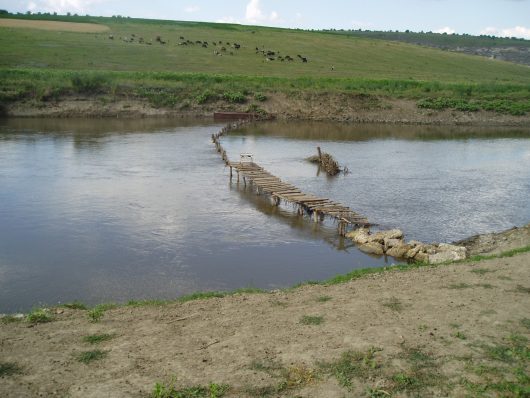 Moldova is the poorest country in Europe. Its gross domestic product per capita stands at only $5,200. Around 20 percent of Moldova’s 3.5 million people are poor. There are several causes of poverty in Moldova. Here are a few:

Limited agricultural investment
Poverty is more common among farming families. The country’s history can partly explain why this is.

When Moldova gained independence from the Soviet Union in 1991, the government divided a lot of agricultural land into plots too small to be commercially viable. The small size of the plots–most under 2.5 hectares–meant farmers had to depend on manual labor instead of large, advanced machinery and technology. This led to inefficiencies and poor yields compared to the land’s potential.

Rural Moldovans continue to lack access to new technology, agricultural support services and financial services, which shackles them to a life of subsistence farming. With extension services, they could better contribute to agriculture’s share of Moldova’s GDP, which is around 14 percent.

Trade restrictions
A lack of agricultural investment is not the only cause of poverty in Moldova. Sometimes, families, businesses and entrepreneurs have goods, but they do not have reliable buyers.

Countries that Moldova would usually trade with have imposed strict sanctions or all-out bans on products from the small nation. Russia has repeatedly rejected Moldovan goods, such as wine, fruit and vegetables, by stating they do not meet its high quality standards.

This closed market took a toll on the Moldovan economy, which in turn trickles down to negatively affect citizens. Before the embargo in 2014, 90 percent of Moldova’s apples went to Russia. Now they are sent to other countries that buy them at lower prices.

Government corruption
Corrupt oligarchs and politicians rob citizens of money. In 2015, $1 billion — or about one-eighth of the country’s GDP — was stolen from the country’s three largest banks. Around 40 people, including a former prime minister, either helped or benefited from the massive theft.

The capital city’s mayor, the transportation minister, the agriculture minister, the deputy economic minister, the environmental minister and other public officials face corruption or embezzlement accusations. The many officials facing these charges do not appear to have the general public’s best interest in mind.

Corruption in Moldova makes it difficult for people to succeed in business. Around 30 percent of all companies reported that public authorities requested bribes at least once per year to pass inspections, get permits, obtain utilities access or secure an operating license. The cost of electricity in the country is nearly double the price in the rest of the region, according to the GAN Business Anti-Corruption Portal. These oppressive practices stifle Moldova’s business environment and rank among the causes of poverty in Moldova.

Weak social systems
UNICEF reports that Moldova has a social protection system that comprises 15 benefits and services. But just one of these benefits is for the poor. Furthermore, money earmarked for the poor does not always end up in the right hands. A state report found that 17 percent of social assistance is used inefficiently and goes to families with high incomes.

Adding pressure to government financial resources is an aging population. Low wages, limited educational opportunities and poor job prospects push young Moldovans to leave their home country. Moreover, the birth rate is too low to replenish the population that is lost.

These factors create a disproportionate number of elderly people in the population. The high proportion of the country’s elderly is putting pressure on the country’s pension system.

The government is considering increasing the retirement age to lessen its financial burden, but there are not a lot of jobs for people to get. The labor participation rate was a mere 42 percent in 2016.

Causes of poverty in Moldova include limited agricultural investments, trade restrictions, government corruption and a weak social system. But, the government of Moldova is committed to helping alleviate poverty.

The government works with International Fund for Agricultural Development (IFAD) to create microfinance opportunities for farmers, which supports agricultural investment and can increase farmers’ returns. IFAD has also invested in agro-processing to ensure farmers prepare their goods for domestic and international markets.

Moldova is also making progress in regards to corruption. Parliament passed a new law on prosecution in 2016. It helps in the fight against corruption by strengthening prosecutor independence and doubling salaries, so prosecutors are less prone to accept bribes.

More evidence of the government’s goal to reduce poverty is its “Moldova 2020” National Development Strategy. The strategy details how reforming the pension system and developing the labor market will contribute to poverty rate reduction.

As the above examples demonstrate, leaders have set their sights on fixing the underlying causes of poverty in Moldova.