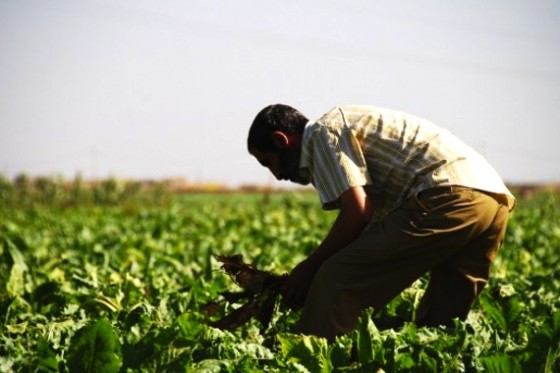 On June 7, the UN’s Food and Agriculture Organization (FAO) held an official ceremony to recognize the successful efforts of fighting poverty in Morocco. Morocco received the FAO’s distinction for reaching the first Millennium Development Goal (MDG) of cutting extreme poverty and hunger two years ahead of schedule. 72 countries around the world have so far achieved the MDG target.

Many credit Morocco’s innovative agricultural and fishery programs with the successful poverty reductions. One program, the Green Morocco Plan, increased the country’s agricultural yield by training farmers in “direct seeding” technology. A Moroccan official explained, “These strategies have brought significant support to small farmers, forest operators and fishermen to improve their income and, consequently living standards and better manage their natural resources in a sustainable manner”

Morocco’s National Initiative of Human Development (INDH) has also contributed to the country’s declining poverty rate. Established in 2006 to help lift nearly 10 million Moroccans out of poverty, the program allocated $6 billion to anti-poverty projects. The INDH is widely regarded as a success. In 2010 UN Secretary-General Ban Ki-moon praised the program, saying that its “significant results” will benefit all Moroccan citizens, especially the poor.

The Kingdom of Morocco is not singularly focused on domestic poverty. In the 16 years since his enthronement, King Mohammed VI has shown a particular interest in sustainable development on the African continent. He has helped launch multiple joint development projects and has championed African causes at the United Nations.

The monarch’s latest trip to Africa took him to Gabon, Senegal, Guinea-Bissau and Ivory Coast, where he met with leaders and signed 35 different partnership agreements. These agreements focus on the improvement of the countries’ training, agriculture, water and energy sectors. They will help build roads, provide medicines and supply water and electricity to impoverished villages. Many hope that these measures will improve food security and encourage socioeconomic development in the countries while still respecting traditional African practices.

Some countries in the region have also expressed interest in following the lead of Morocco’s National Initiative of Human Development. Recently, Morocco partnered with Gabon to help guide the country’s new Gabonese Human Investment Strategy (SIHG).

Morocco’s support for African development programs has gained the country and its leaders widespread popularity in West and Central Africa. As shifting geopolitical and economic factors increasingly mark Africa as a major player on the world stage, Morocco’s influence in the region could force the United States and other global powers to recognize the importance of developmental assistance.