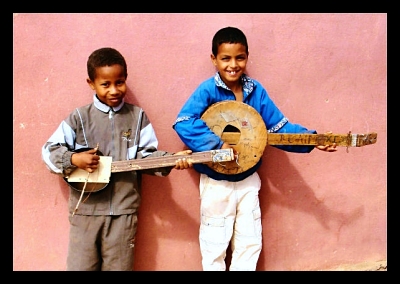 Poverty in Morocco is a fact of life for many. The name Morocco does not immediately conjure images of destitution. The country has done well as branding itself as an exotic tourist destination, but the country is suffering a significant poverty problem, one that cannot be disguised even to foreigners.

“…from the minute you arrive, the beggars, orphans, story-tellers and snake charmers, all desperately competing to prize a few pennies from the newest tourist’s pockets, not only colourfully line the city’s streets, but paint a picture that poverty, in one of Morocco’s most imperial cities and capital of the south, is depressingly genuine.”

The majority of poverty in Morocco is in rural areas –- according to the Rural Poverty Portal, of the 4 million people living under the poverty line in Morocco, 3 million of them are in rural areas. This may stem from the number of people depending on agriculture as a source of income in a geographically challenging region, as well as a lack of access to resources like water and financial credit and also a low level of training and education.

Morocco has seen vast improvement in its poverty levels in the last two decades, but is still far behind other countries at the same income level. Infant mortality is higher than most lower-middle income countries and total school enrollment and female enrollment are both lower. In rural areas, the vast majority still do not have access to clean water or electricity.

The Moroccan government is indeed working towards alleviating poverty in the country, though recommendations by the world bank have suggested they focus more on improving the agricultural sector as well as targeting services towards the poor and encouraging the better off to use private services.

Syrian Births in Refugee CampsWhat is the Nanject?
Scroll to top