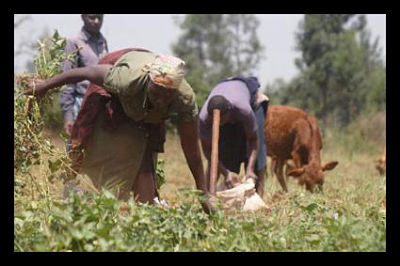 With 50% of the GDP reliant on oil sales, the necessity for economic diversity stems from the post-peak levels of oil drilling and the sharp depletion of oil production within the country.

Despite an above average GDP/capita of $17,300 and a status as an upper middle income economy, Gabon continues to face large income inequality. According to the African Development Bank (AFDB), one third of the population lives below the poverty line, with 13.2% living in severe poverty. This conflicts greatly with the label of upper middle income status.

To pinpoint poverty in Gabon, the Multidimensional Poverty Index (MPI) allows us to understand and compare a country’s poverty levels with 3 dimensions: education, health, and standard of living. Conducted by the Oxford Poverty and Human Development Initiative (OPHI), the MPI shows us that 35.4% of the population live in poverty with limited education, nutrition, and a low standard of living.

To further understand the large percent of impoverished Gabonese we must look into the wealth disparity and unemployment. The biggest drawback of an undiversified economy dependent on commodities is limited jobs within the sector. With such a high percent of GDP due to oil drilling, few Gabonese benefit from the sector. This lack of employment in an undiversified economy manifests itself in an unemployment rate of 21%.

Along with unemployment, two other issues factor into Gabon’s development: the large proportion of youth in the country and high urbanization. The AFDB found that 35.6% of the population is under 15, with 60% of that demographic unemployed. They also learned that nearly 86% of the population resides in urban areas, meaning that more than one third of the population lives in the capital city of Libreville.

In spite of these shortcomings, President Bongo Ondimba has begun work on increasing transparency and Gabon’s attractiveness to investors. In April 2010, the country began its attempts to improve the diversity of the economy. To accomplish this the government started to develop the “energy, mining, forest, tourism and agro-industrial potential.” Not forgetting the financial plight of its poorest citizens, the government has also raised the minimum monthly wage and created “solidarity allowance” to benefit very low-income workers.