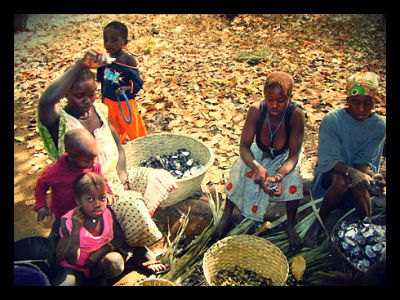 The Republic of Guinea-Bissau is a tiny country in West Africa that borders Senegal, Guinea, and the Atlantic Ocean. Its population is estimated at 1,600,000 people.

Today, the GDP per-capita of Guinea-Bissau has risen to $625.55. However, this level is still amongst the lowest in the world. Consequently, the population of Guinea-Bissau is suffering with a life expectancy of only 48 years in 2012.

Furthermore, Guinea-Bissau has one of the lowest Human Development Index scores. The poor nation ranks 176th out of 185 countries in 2013.

The economy of Guinea-Bissau relies primarily on agriculture, fish, and groundnuts as exports. In particular, the cashew nut exports have been vital to Guinea-Bissau. Yet in recent days, the exports have been on the decline. Cashew nut farmers have been unable to sell their produce as India, the prime importer of the nuts, has slashed its import size. Farmers are left holding tons of unsold cashews.

Guinea-Bissau’s economic depression is largely the result of a long period of political instability. The nation was a Portuguese colony until its declaration of independence on September 24, 1973. Guinea-Bissau was officially recognized as a country the following year following a socialist-inspired military coup in Portugal. From then on the country would be embroiled in civil unrest and several uprisings. Even now, the coup-prone country is severely embattled. In November 2008, the President of Guinea-Bissau was assassinated, following the death of the head of Joint Chiefs of Staff. In 2012, President Raimundo Pereira was deposed in yet another coup d’état.

Guinea-Bissau has yet to recover complete stability and its political chaos has severely affected its economic situation. Due to this very recent coup d’état, the country’s GDP has contracted 1.5% according to the African Development Bank Group.

However, projections for the future of Guinea-Bissau are not as grim as real GDP growth is expected to recover to 4.2%. Inflation, which had previously been at 5%, is expected to ease to 2.1%. Food imports are expected to decline with a rise in production and export of cashews for 2013.