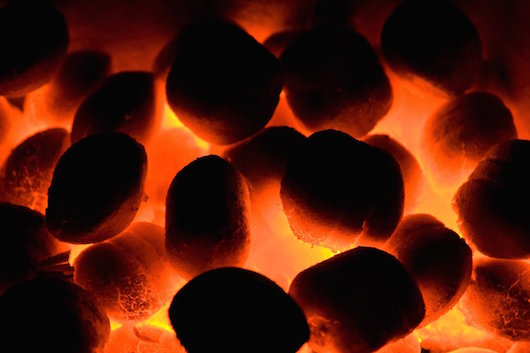 It’s black, it’s dirty, it’s smelly, and it’s often dangerous to obtain, yet it has the power to keep billions alive. Coal. An energy source for people on Earth for hundreds of years. Coal-burning can heat homes and provide power for massive electrical grids around the world. But the question being asked today is whether or not coal can cure poverty. Some believe it can while others maintain that other options must be explored.

First, the nonbelievers. On June 26, 2015, Huffington Post published an article, titled “No, Coal is NOT the Fix-All Solution to Energy Poverty,” that dove into analyzing how and why coal isn’t cutting it as a global fuel source. The article stemmed from Pope Francis’ encyclical “On the Care of Our Common Home,” a critique on the increasing global warming crisis as a direct result of human energy consumption. The pope’s message sent shockwaves throughout the world raising arguments for energy reform.

An excerpt from Huffington Post says, “Although fossil fuels and renewable energy are not mutually exclusive in aiding development efforts, the truth is that this claim is just another attempt by the industry to justify the continued use of fossil fuels.” The truth is, there are other more energy efficient ways out there to provide energy to the poor, but the powers that be don’t want the public to be aware.

One such energy source that is becoming more and more viable to the poor is solar panel technology. According to the Huffington Post article, solar panels are now less than half of what they cost in 2010. This technology is emerging as a legitimate rival for the coal industry, as well as developing into real hope for those in poverty across the globe. In addition to the growing industry of solar panels, global organizations such as the World Bank have stopped financing renewable resource projects worldwide with exceptions to rare situations.

As for the advocates of coal, the case is significantly weaker. An article by World Coal on June 24, 2015 makes the case for coal as the salvation to global poverty. An excerpt from this article reads, “On a global scale, coal fulfilled approximately half of the increase in energy consumption in the last decade. In the last century, the amount this source has produced is as much energy as nuclear, renewable, fuel oil and natural gas combined.” While this statistic appears impressive, it fails to acknowledge the crippling effects to our atmosphere. Coal is a good fuel source, but it comes at a great price. Billions of people on earth depend on coal to survive, but even more billions feel the effects of global warming because of it. So, do we need more or less to cure poverty?