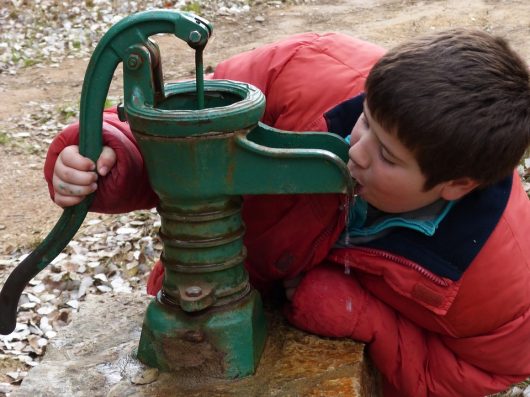 The European Union, or EU, is the world’s largest development aid donor with over half of all developmental aid coming from the organization’s funding. Thanks in part to the EU’s efforts to achieve global poverty reduction goals, the number of people living in poverty has fallen by 600 million since the year 1990.

However, poverty analysts feel that significant progress can still be made towards reducing the death rate of mothers during childbirth and expanding access to clean drinking water. Because of this, the EU has pledged to help support 79 impoverished nations by raising an additional €1 billion in aid.

One of the projects supported by this funding provides over 5,000 households in rural Timor-Leste access to safe drinking water. Much of the project has already been completed, and local communities in the area are thriving like never before.

Before the program was launched, only 57 percent of the population in this rural community had access to safe drinking water. Now over 26 community water systems have been implemented in the area with 5,950 people being granted clean water access. The EU program has also expanded toilet access from 35 to 65 percent in the Aileu District.

Ludivina, a 9-year-old girl from the Aileu District in rural Timor-Leste told the European Commission that because of the program, she was able to enjoy life as a child should.

“After I collected the water, I would go to school and feel tired in the classroom. But when I first heard that I didn’t have to collect water because of the water system with the pump, I was so happy! Now I have time to play with my friends, go to school and sing!” Ludivina said.

This program is just one many the EU hopes to continue with the additional funding. In the past three years, the EU has spent €56.2 billion on developmental aid.

Simon Maxwell, the chair of the European Think Tanks Group, speaks highly of the EU to The Guardian. However, he says that the EU still has room for reform on all aspects of its development and humanitarian policies.

Much of these reform ideas can and will be found in universities, research centers, think tanks, NGOs and the private sector. Therefore, engagement in the EU can not benefit only the organization, but the countries that participate in it as well.

“The more we invest in the EU, the more successful we are likely to be in our efforts to achieve the global goals. We have to believe in the power of collective action and in the possibilities the EU can offer,” says Maxwell.

There is still much work to be done according to EU supporters. But with participation and support, the EU can be an example to other countries of a framework for successfully achieving with human rights, peacebuilding and poverty reduction goals.