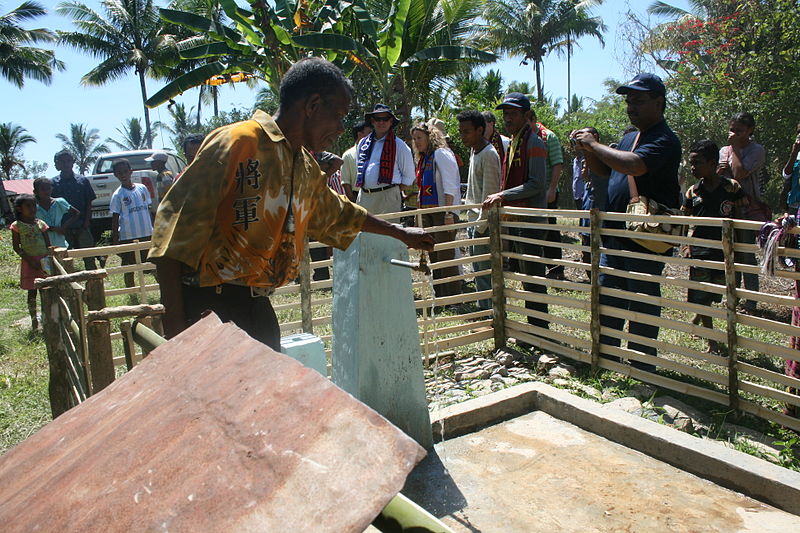 Timor-Leste, also known as East Timor, is an island country in Southeast Asia. Portugal colonized the territory in the 16th century under the name of Portuguese Timor, retaining control until the Revolutionary Front for an Independent East Timor declared independence on November 28, 1975. Nine days later, however, the Indonesian military invaded and occupied East Timor, leading to decades of devastating violent conflict between separatist groups and Indonesian officials.

After a referendum in which 78.5% of Timorese voted for independence, Indonesia renounced control of the region in 1999, and it obtained official sovereign state status on May 20, 2002, under the name of Timor-Leste. Yet years following independence, Timor-Leste remains one of the world’s poorest countries. Here is some information that illuminates some of the causes, realities and potential solutions to poverty in Timor-Leste.

Timor-Leste’s history comprises poverty and inequality. Estimates determine that more than 100,000 Timorese perished during the Indonesian occupation due to starvation, disease and deadly conflict. This turmoil continued after Timor-Leste declared its independence; the Indonesian military responded violently, killing upwards of 2,000 pro-independence Timorese. As a result, many Timorese sought refuge in the mountains or in neighboring countries. The Indonesians’ brutality left the country traumatized and weak, with destroyed roads and ports, poor water and sanitation systems and little to no government facilities. Timor-Leste is still recovering from this devastation.

Poverty levels remain high. In 2014, an estimated 42% of Timorese lived in poverty — an overwhelmingly high proportion of the population. Though Timor-Leste only has a 4.6% unemployment rate, 21.8% of the population lives on less than $1.90 a day. As a result, 24.9% of Timorese are malnourished, 51.7% of children under 5-years-old have stunted growth and 46 out of every 1,000 children die before the age of 5. Almost 40% of the population is illiterate, and the average age is 17.5 years.

Despite these facts, the country is making progress. Though a 42% poverty rate is high, this is a marked improvement over Timor-Leste’s 50.4% rate in 2007. Data demonstrates that Timor-Leste improved in various key poverty indicators between 2007 and 2014, including a reduction in the population living without electricity (64% to 28%), with poor sanitation (58% to 40%) and without access to clean drinking water (40% to 25%).

The international community has helped Timor-Leste develop and stabilize since its independence. The U.S. assists Timor-Leste via the U.S. Agency for International Development (USAID) and a burgeoning Peace Corps program. Additionally, the U.S.’s Millennium Challenge Corporation selected Timor-Leste for a five-year grant program in December 2017 to address the main contributors to poverty and stimulate economic growth. The U.S. then furthered its aid in 2018 when the U.S. Department of Agriculture selected Timor-Leste as a recipient of its $26 million, five-year McGovern-Dole nutrition and education program. Though there is little direct trade between Timor-Leste and the United States, the U.S. helped establish the coffee industry in East Timor in the 1990s, and Starbucks Coffee Company remains a loyal purchaser of Timorese coffee.

Timor-Leste also receives assistance from developed nations such as Australia, which has claimed the title of Timor-Leste’s largest development partner since the country gained independence. Australia allocated an estimated $100.7 million to Timor-Leste aid between 2019 and 2020.

COVID-19 is a tragic setback to improvement. Due to early intervention and a mandatory quarantine, Timor-Leste has proved successful in preventing the spread of COVID-19. As of June 3, 2020, there were no active cases of COVID-19 in Timor-Leste since May 15, 2020, with an overall total of 24 cases and zero deaths. However, the strict lockdown has had wide-reaching political and social consequences for a country that was already in an economic recession prior to the pandemic. Many businesses either downsized or closed, resulting in a surge in unemployment rates. Though the government’s robust stimulus package has prevented catastrophe in the short term, its plans for long-term recovery remain uncertain.

Although the COVID-19 pandemic is a substantial setback to Timor-Leste’s development, the nation’s declining unemployment and poverty rates and improving living conditions are nonetheless promising. According to the World Bank, the next step in Timor-Leste’s fight against poverty is restructuring its spending. If Timor-Leste redirects investments into the development of sustainable agriculture and tourism, better transportation and improved preservation of its natural resources, it has the potential to avoid the devastating financial consequences of COVID-19 and eradicate extreme poverty.