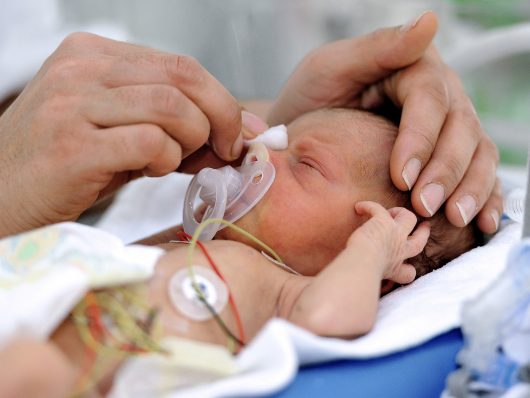 Sera Prognostics, a women’s health company based in Utah, recently developed a blood test that can determine a mother’s risk of premature birth. The test, known as PreTRM, can be administered as early as 19 weeks into the pregnancy.

While a normal pregnancy lasts about 40 weeks, premature births happen at or before 37 weeks. Fifteen million babies around the world are born prematurely each year, and one million deaths occur from the resulting complications, demonstrating the immense risk of premature birth.

PreTRM tests for two proteins: IBP4, an insulin-like growth factor, and SHBG, a sex-hormone binding globulin. By searching for particular patterns within these proteins, a mother can know her percentage of risk for having a premature birth. Gregory C. Critchfield, the CEO of Sera Prognostics, said that about 50 percent of premature deliveries occur in women with no known risk factors. PreTRM can ensure such women are identified early on.

PreTRM underwent testing from 2011 to 2013 with 5,501 participants. Though the test currently costs $945 and is commercially available in the United States, Sera Prognostics is partnering up with the Bill & Melinda Gates Foundation to produce a version for lower-income countries.

According to Critchfield, one goal of the product is to reduce the economic and healthcare burden of premature births on infants, their family and society. In the U.S. alone, the cost of treatment was more than $26 billion in 2005, according to March of Dimes. The financial struggle is even greater in low-income countries.

PreTRM has the potential to ease the financial burden of premature birth for low-income countries, as well as deliver new information regarding the proteins expressed in pregnancy, what causes preterm birth and what can be done to improve a newborn’s future health.