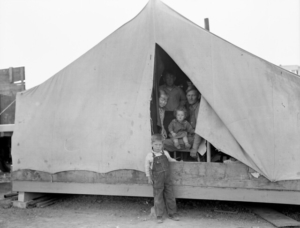 The act of using children for free or cheap labor has been around for centuries, and while it is not often brought up in conversation, this dirty little secret lives on in numerous countries, including the U.S.

Here are eight Child Labor facts from all over the world:

1.  Child labor is not just something that happens overseas
China, Asia and Africa are not the only nations that use children for cheap labor. Tobacco fields in the U.S. use young children to pick the plants. These children are exposed to dangerous pesticides and nicotine on a regular basis and sometimes get so sick they can hardly stand.

3.  Pakistan participates in selling children as slaves
Children in Pakistan can be sold by their parents or, more often, are abducted and sold into slavery to companies for profit. Companies that have utilized this backwards practice include Nike and the Punjub province, which is the largest seller of stitched rugs, musical instruments and sports equipment.

4.   Afghanistan gives away young girls to pay off debts
Another fact about child labor comes from Afghanistan where children make up roughly half of the population. Children often work in the textile industry, the poppy fields, cement and food processing. Parents may also sell their underage daughters into slavery in order to pay off a debt.

6.  Child Soldiers
Children who are displaced in war-torn countries like Afghanistan or Sudan are often put to work as child soldiers. These children are given guns and minor training and are told to defend their country. Some children may even be used as suicide bombers.

7.  Underage girls and sexual slavery
Young girls from all over the world who are either displaced by war, abducted while visiting foreign countries or even sold by their parents for money often find themselves in forced sexual slavery.  This problem is growing in Sudan, Somalia, Thailand, Japan, India and the United States.

8.  North Korea outlaws underage labor, continues to hire children
The government of North Korea officially outlawed child labor, but children still make up a large percentage of the people who work in factories. They also have labor camps where they send children to work in order to be re-educated for any type of political offenses.

These facts about child labor around the world can seem gruesome and a maybe a little far-fetched, but the point is that there are children who live these nightmares every single day.

The High Cost of the Olympics: Cities Pulling Their BidsTrash Selfies in Tunisia
Scroll to top